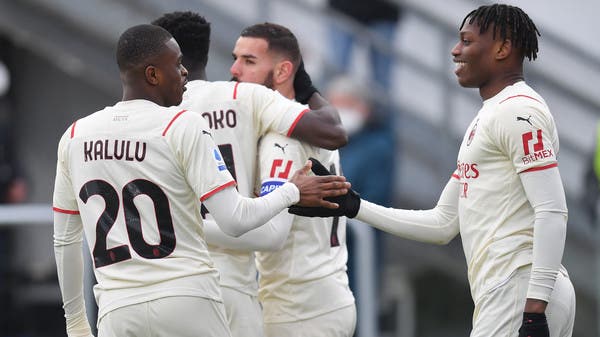 Milan took the lead in the Italian football league, thanks to a 3-0 victory over its host, Venice, on Sunday in the twenty-first stage.

Milan raised its score to 48 points from 21 games to rise to the top, two points ahead of its closest rivals Inter Milan, who played 19 games, and Venice’s balance stopped at 17 points in 16th place.

Theo Hernandez and Rafael Leao played a decisive role in Milan’s victory over Venice, who played with ten men since the 58th minute to send off Mikael Svoboda.

Veteran Swedish striker Zlatan Ibrahimovic opened the scoring for Milan in the third minute, as the visitors ended the first half with a 1-0 lead.

In the second half, Theo Hernandez added the second goal in the 48th minute, and ten minutes later the French star scored his second and third goal for Milan from a penalty kick.