Milan settles the derby, and Napoli takes the temporary lead in the Italian League 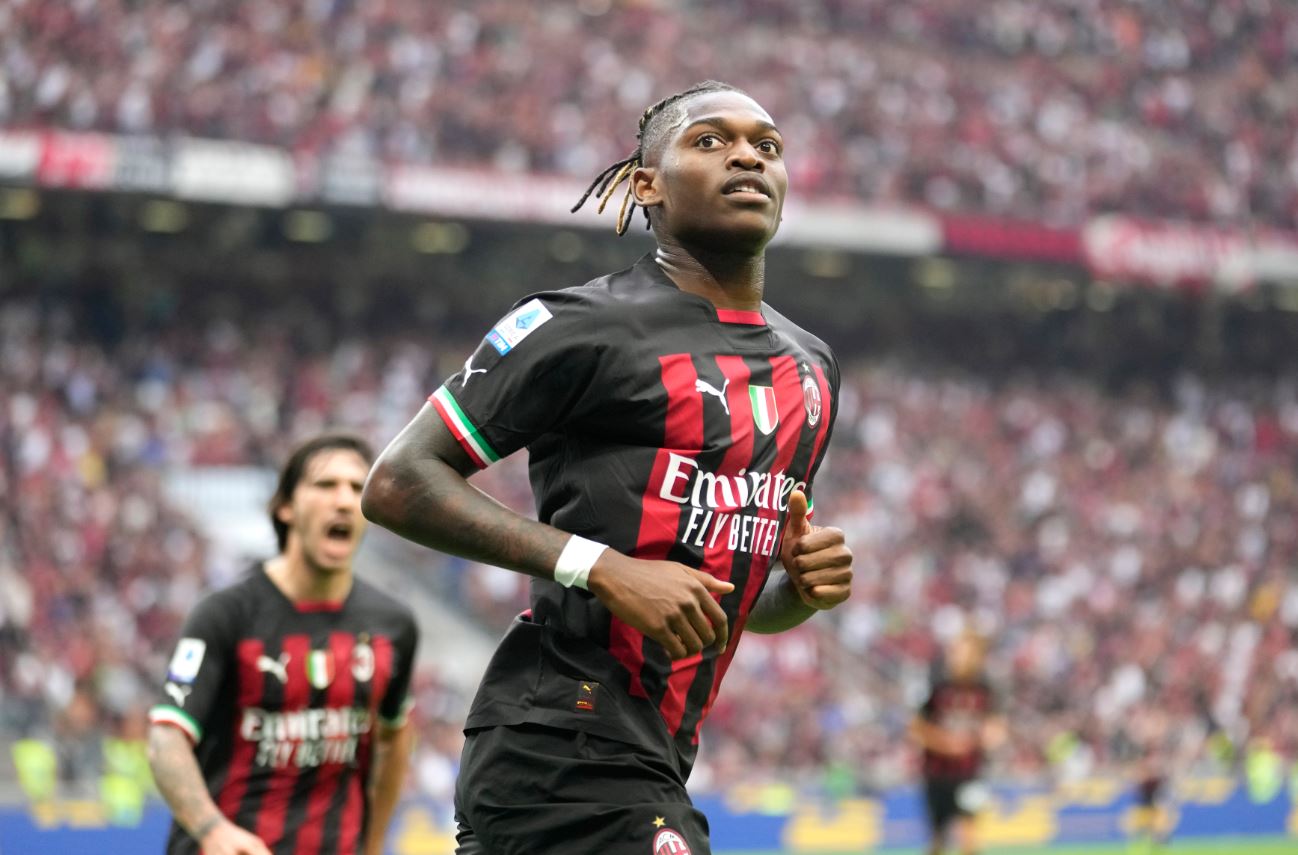 AC Milan, the defending champion, won the city derby against its neighbor Inter 3-2 yesterday in an exciting match, while Napoli took the lead temporarily and by goal difference by beating Lazio 2-1 in the last stage of the Italian Football Championship, as part of the fifth stage of the Italian Football Championship. Napoli raised its score to 11 points, equal with Milan, but with a goal advantage, while Atalanta, who plays against Montaza on Sunday, and Rome, which receives Udinese on the same day, are behind by a point, and they have the opportunity to regain the lead if they win.

At the San Siro stadium, which is shared by the two teams, the game was exciting from the first minute until the end of the match. In addition to the brilliance of the promising Portuguese winger Rafael Leao, the double, and the French veteran Olivier Giroud, who scored the second goal, Milan also owed the victory to French goalkeeper Mike Manian, who starred in stopping dangerous attempts from Argentina’s Lautaro Martinis, Bosnian Edin Dzeko and Turkey’s Hakan Chalhanoglu.
Inter advanced through Croatian midfielder Marcel Brozovic (21), to which Liao responded seven minutes later.

In the second half, the French Giroud scored the goal for Milan (54) with a left-foot shot with a decisive pass from Liao, before the latter strengthened his team’s progress with the third goal six minutes later from a wonderful individual effort inside the area. Leao became the first Portuguese player to score a double in the history of the Lombardy club in a single match. However, Dzeko reduced the difference with his team’s second goal (67). The loss is the second in five matches for Inter, who awaits a very difficult match against the German giant Bayern Munich next Wednesday at the same stadium.

Napoli won a valuable victory at the Olympic Stadium in Rome by beating Lazio 2-1. Lazio opened the scoring early through Mattia Zaccanii after 4 minutes.
But Napoli, who has not lost so far this season, equalized through the header of South Korea’s Min Jae Kim (38). Georgian Khvisha Kvaratsikhilia gave him the winning goal with a powerful shot (61). The Georgian topped the surprise season, the top scorer with 4 goals, along with Dutchman Ton Kopminers from Atalanta and Serbian Dusan Vlahovic from Juventus.

A new draw for Juventus
Juventus returned to the cycle of draws after having satisfied with one point from its match with its host Fiorentina 1-1. The tie is the third for Juventus this season in 5 matches against two victories, raising its score to 9 points in fourth place temporarily. And at the “Artemio Franchi” stadium in Florence, Juventus started the match perfectly when new Polish striker Arkadiusz Milik opened the scoring after 9 minutes.

Milik joined the old lady from Marseille last month and scored his first goal in his first official match in the middle of the week against Spezia. The owners of the land managed to equalize after a quick counter-attack by Ivory Coast Christian Kwame, who scored against Mattia Biran, who replaced the original Polish goalkeeper Wojciech echny, who had a sprained ankle (29).

Fiorina had a golden opportunity to advance when the referee awarded him a penalty kick after a handball from Argentine newcomer Leandro Paredes from Saint-Germain, the Serbian Luka Jovic took it and Perran saved it (44). Perran intervened again to save his goal from a sure goal by Moroccan Sofiane Amrabat in the last seconds when he removed his powerful shot with his fingertips.