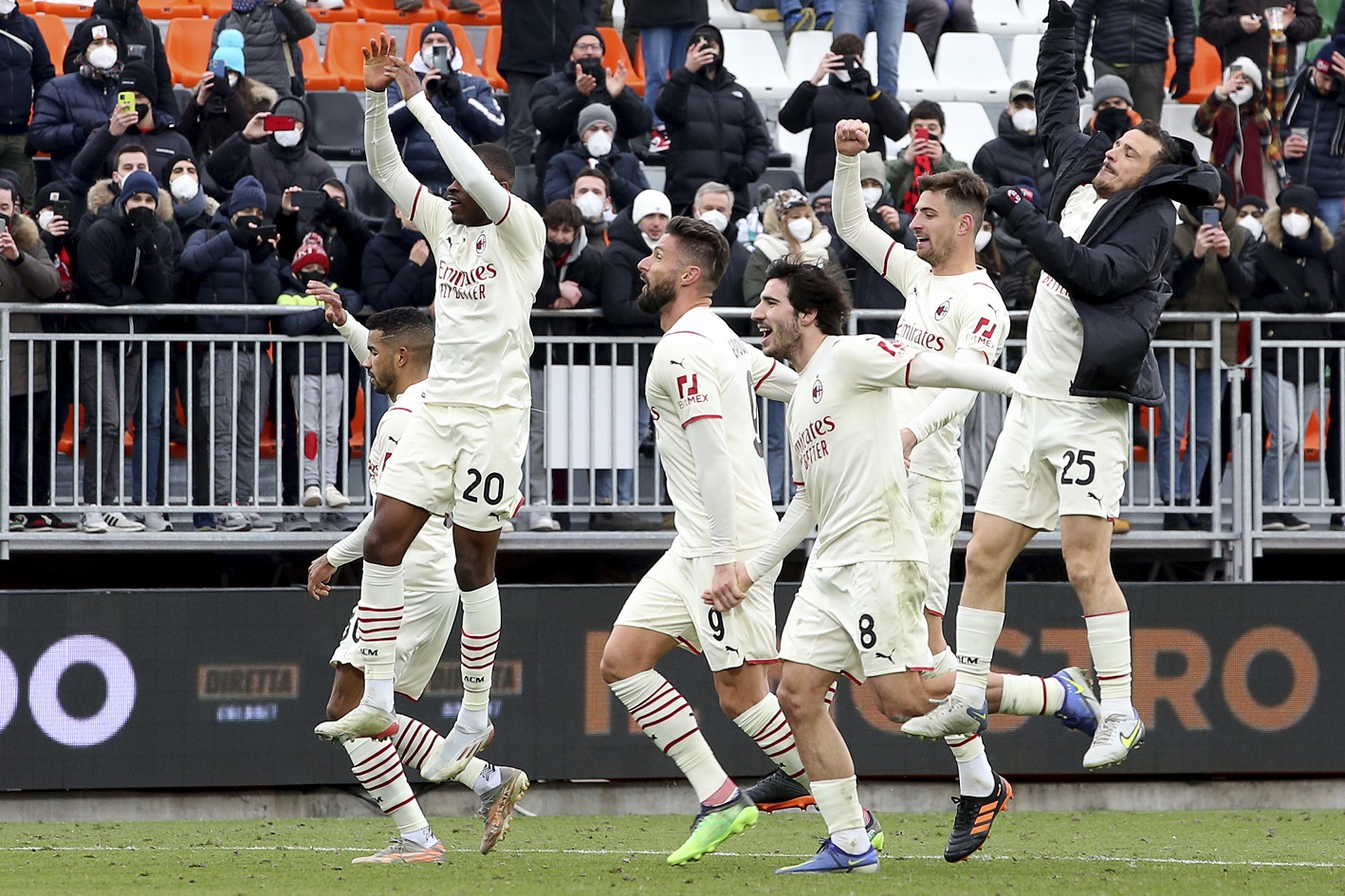 Milan climbed to the top of the Italian football league, putting pressure on its rivals and neighbors, the defending champion, with a great victory over its host Venezia 3-0, including a double by French international defender Theo Hernandez on Sunday in the opening of the twenty-first stage.

This is the second win in a row for Milan after returning from the winter break after it dropped Roma 3-1 at San Siro on Thursday, raising its score to 46 points, two points ahead of Inter, whose last match against Bologna was postponed due to Corona virus infections in the opposition ranks, while it will be required to beat the Lazio guest later today to regain the lead.

Milan advanced through Zlatan Ibrahimovic in the second minute, before Hernandez doubled the lead three minutes after the start of the second half and added the third in the 59th minute from a penalty kick.

Venezia played the last half hour with ten players after a direct expulsion of the Austrian Michael Svoboda, who touched the ball with his hand inside the area and caused the kick by Hernandez.

This was the third consecutive victory for Milan in the league, knowing that it suffers from a shortage in its arsenal, as the absence of many players continued to be infected with the Corona virus, most notably the Englishman Fikayo Tomori and Alessio Romagnoli, in addition to the Danish Simon Kayer due to a physical injury.

The Rossoneri will also briefly miss Ivory Coast, Franck Kissier, Algerian Ismail Bennacer and Senegalese Fode Ballou-Toure, due to their preoccupation with their country’s teams in the African Nations Cup, which begins on Sunday.

“Teo needs to set a very clear goal: he has talent, quality and strength to become one of the best left-backs in the world,” coach Stefano Pioli said after the win.

“When you have the capabilities, you cannot accept what you have,” he added.