Military builders are reconstructing the Saur-mogila memorial in the DPR 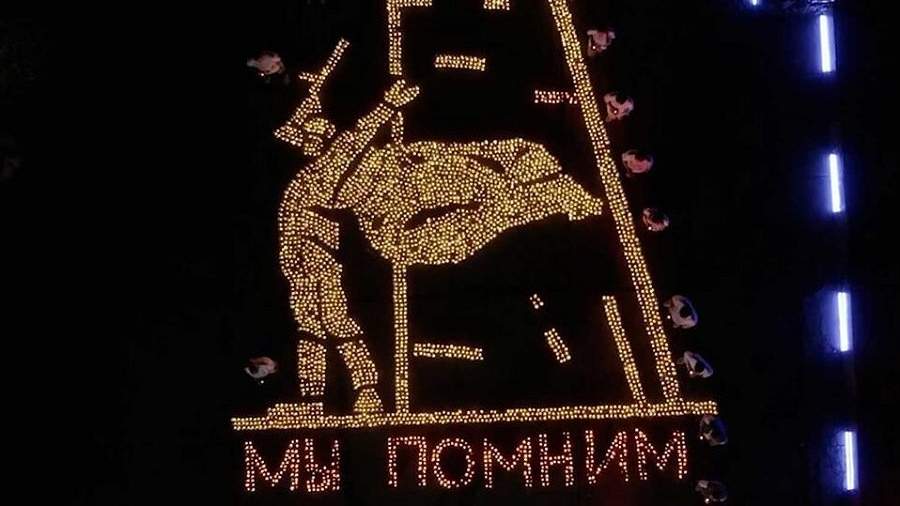 Specialists of the Military Construction Complex of the Russian Defense Ministry will carry out a large-scale reconstruction of the Saur-Mogila memorial complex in the Donetsk People’s Republic (DPR), the Russian military department reported on Friday, July 1.

“To date, the foundations of the stele and the Walk of Fame have already been dismantled. The vertical marking under the stele has been completed, preparatory work is underway, and the restoration of the pylons of the Alley of Glory has begun: Glory to the Infantry, Glory to the Tankers, Glory to the Artillerymen and Glory to the Pilots. New pylons will also be installed in memory of the battles of 2014 and 2022, they are now being made in Rostov-on-Don, ”the Ministry of Defense said.

They recalled that the memorial was badly damaged under shelling by Ukrainian nationalists in 2014. At the Rostov plant, a pylon is being reconstructed, which was most destroyed by shelling. The project for strengthening the old complex foundation of the stele is already ready: the 36-meter monument with the installation of embedded parts will be faced with granite, which increases the load.

The stele is planned to be mounted by July 15. All materials have been brought in. Completion of the reconstruction project is scheduled for August 26, 2022, three months after the start of restoration work.

Saur-Mogila is a symbolic place in the DPR. The monument is located near the republican center, at a height for which fierce battles were fought in 1943. In memory of those heroic events in 1967, a memorial complex appeared on this site.

In early May, Izvestia correspondent Alexander Morozov told how soldiers of the Russian Armed Forces, with the help of local residents, restored war memorials in the liberated territory of Ukraine. No funds were received from the local authorities for this. They are not available not only for the restoration of monuments, but also for ordinary life – pensions and benefits have not been paid to people for a long time.

In the Donbass, a special operation of the Russian Federation is underway to protect civilians, the beginning of which Russian President Vladimir Putin announced on February 24. The Kremlin explained that its tasks include the demilitarization and denazification of Ukraine.