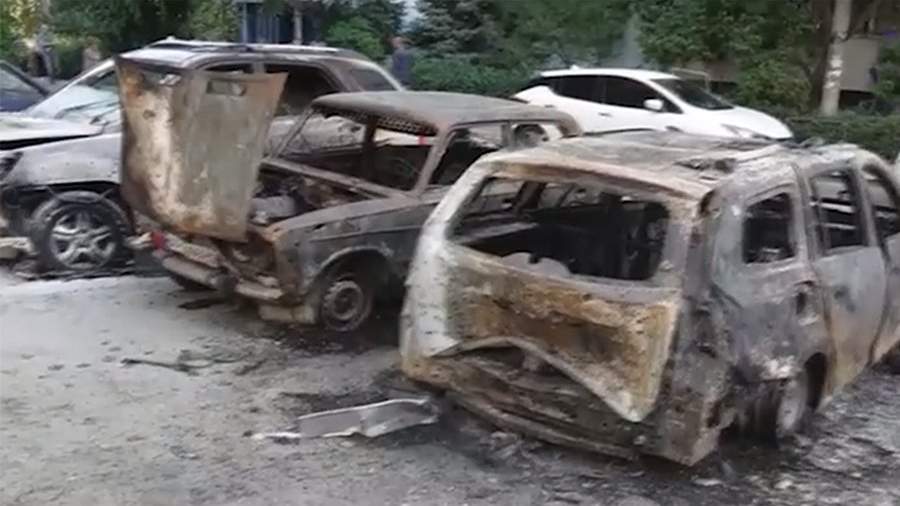 Izvestia correspondent Roman Polshakov on Monday, August 29, showed the consequences of the shelling of Energodar in Zaporozhye by the Armed Forces of Ukraine (APU).

“For the first time, the militants of the Armed Forces of Ukraine inflicted such a massive artillery strike on a residential area in the center of Energodar. And for the first time there are so many victims and destruction here,” he said.

The footage shows the consequences of a Ukrainian shell hitting a high-rise building. As a result of the blow, the wall of the house was broken.

“As experts found out, it was a 155-caliber projectile, and the UAF militants from the other side of the Dnieper fired from American M-777 howitzers,” Polshakov explained.

The chief physician of the special medical and sanitary unit of the city said that nine civilians were injured as a result of the shelling. Of these, seven people received minor injuries, two more are in serious condition.

Earlier that day, it was reported that Ukrainian militants had attacked the dacha sector of Energodar, as well as along the coastline.

On Monday night, the military of the Armed Forces of Ukraine opened fire on residential areas of the city. After the attack, a fire started in one of the districts as a result of shells hit. Aimed shelling of the civilian infrastructure of the VFU was carried out for about an hour.

Vladimir Rogov, a member of the main council of the administration of the Zaporozhye region, is sure that the shelling of a peaceful city is revenge on the local residents for their desire to convey the truth about what is happening to representatives of the International Atomic Energy Agency (IAEA), whose mission is expected to visit this week.