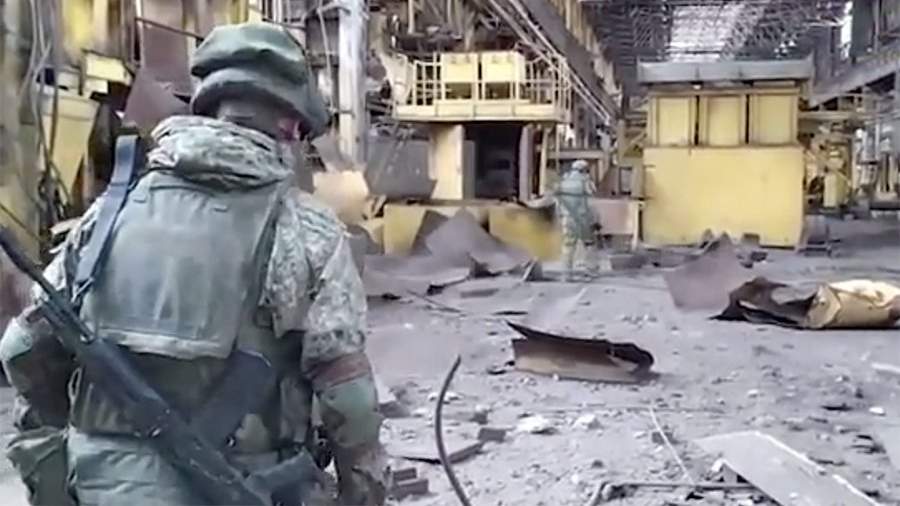 On August 27, Izvestia’s military commander Rodion Severyanov showed what the fortified area of ​​the Armed Forces of Ukraine looked like on the territory of the Azovmash plant in Mariupol, where mine clearance is currently underway.

On the footage taken by the military correspondent, you can see the state of Azovmash after the spring battles with Ukrainian nationalists. In addition, Severyanov showed the inside of the plant’s workshops, in which devastation reigns.

The Izvestia film crew also visited the bunkers – it was in them that Ukrainian nationalists took refuge. Before laying down their arms, they mined the entire territory of the plant.

“This bunker was the main fortified area of ​​Ukrainian nationalists. A huge amount of abandoned uniforms and stretch marks were found here. The nationalists knew that our fighters would come here, and left a huge number of mines, ”said Severyanov.

On August 26, Izvestia’s military commander Emil Timashev spoke about a residential building in the Kherson region converted into a first-aid post. He said that patients are being seen every day. Doctors of different directions work in the village and try to provide assistance to all those in need.

Russia continues the special operation to protect the Donbass, the beginning of which Russian President Vladimir Putin announced on February 24. Earlier, the situation in the region escalated significantly due to shelling by the Ukrainian military. The authorities of the republics of the DPR and LPR announced the evacuation of residents to the Russian Federation, and also turned to Moscow for help. On February 21, Russian President Vladimir Putin signed a decree recognizing the independence of the DPR and LPR.