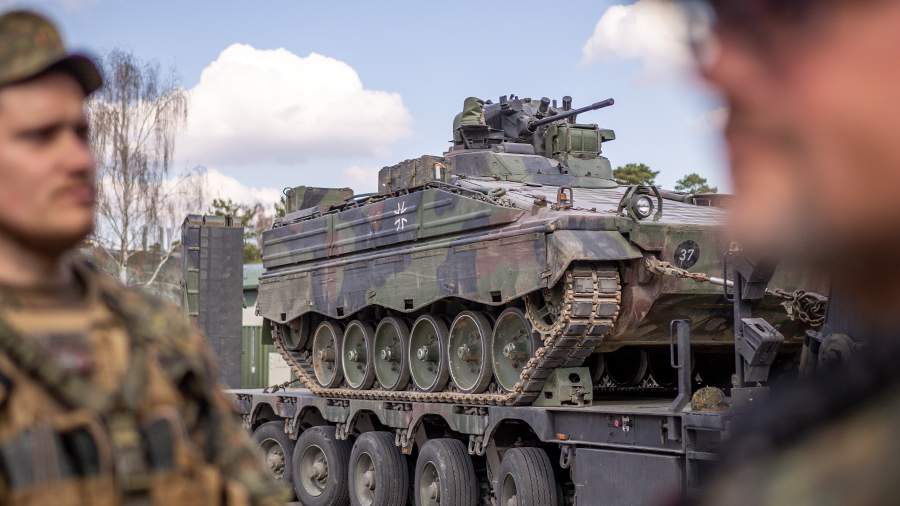 The possible delivery of 40 copies of infantry fighting vehicles (IFV) Marder from Berlin to Kyiv “does not solve anything by itself.” This was announced on December 9 by the military observer for Izvestia Anton Lavrov.

“VFU has exhausted both its own stocks of Soviet armored vehicles and its remnants in the former Warsaw Pact countries, so now we are seeing a transition to NATO armored vehicles. Perhaps by the summer-autumn of 2023 we will see the VFU and the common German Leopard tanks, ”he said.

According to the expert, the BMP Marder was developed in the 50s of the last century and modernized several times. It was specially created to counter Soviet armored vehicles, primarily the BMP-1 and BMP-2, which are still in service.

“It has a good gun and observation devices for its time. It is not clear which version will be given to Ukraine, a conventional one or a more advanced one with enhanced armor that can withstand the fire from 30-mm automatic cannons of Soviet infantry fighting vehicles, ”he added.

Lavrov stressed that Marder is far from the most advanced German infantry fighting vehicle, but it is much simpler than the most modern Puma, which will make it easier to master and operate it in Ukrainian conditions.

“The announced number is only enough to equip one mechanized Ukrainian battalion with them,” the military observer said.

He added that the results of the fighting in the special operation are not currently determined by direct clashes of mechanized troops. For the most part, artillery, infantry and drones are involved.

“Therefore, the transfer of the BMP itself does not solve anything, whether it be the German Marder or the American Bradley. It is important how they will be used and what balance of forces will develop by the time they arrive at the front, ”Lavrov concluded.

On the eve of the publication Bild presented the results of a survey, according to which half of the inhabitants of Germany (49%) consider the government’s decision to supply Marder infantry fighting vehicles to Kyiv as erroneous.

On January 6, German government spokesman Steffen Hebestreit said that the Marder BMP would be ready in the first quarter of 2023. According to him, about 40 such vehicles will be transferred in total, which is equal to one battalion. Hebeshtreit did not specify where exactly the Marder BMPs would come from – from the stocks of the Bundeswehr or they would need to be produced.