Millions of dollars.. new US aid to Ukraine 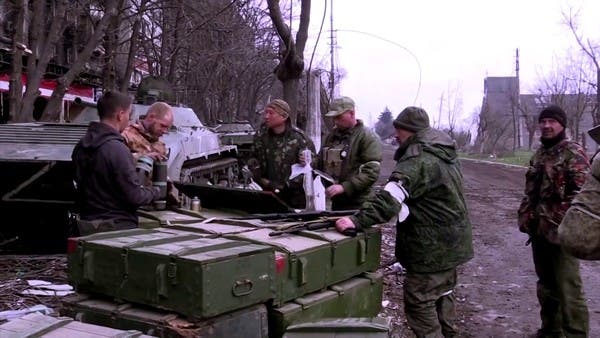 After US HIMARs missile launchers arrived in Ukraine to bolster its military arsenal against Russian forces, US officials reported that the US would send another $450 million in military aid.

And they explained, on Thursday, on condition of anonymity, that the new package will include a number of highly mobile artillery missile systems, according to “Reuters”.

They also added that it will include some additional medium-range missile systems, and high-mobility artillery rockets.

The new aid came just one week after the United States announced it would send an additional $1 billion in military aid to Ukraine.

Washington and its allies have announced their intention to send longer-range systems that they believe will allow forces to better resist Russia.

It is noteworthy that HIMARS are launchers that are mounted on light armored vehicles and that launch guided and precision-guided missiles.

These launchers are part of a new US military aid package worth $700 million, previously promised by the US administration to Kyiv.

Since the launch of the Russian military operation on Ukrainian soil on February 24, the United States and other Western countries have been prepared to militarily assist Kyiv.

But with the intensification of the battles in the east of the country since late last March, the Ukrainian authorities intensified their appeals to the West to provide them with long-range, more accurate and advanced missiles with the aim of repelling the Russian forces. However, the Western countries hesitated a little, fearing that these weapons would reach Russian territory, which may expand the conflict to what is not. Thankfully.