Minister asks OMT for urgent advice on flights from China, Senate may interrupt recess for treatment of corona law 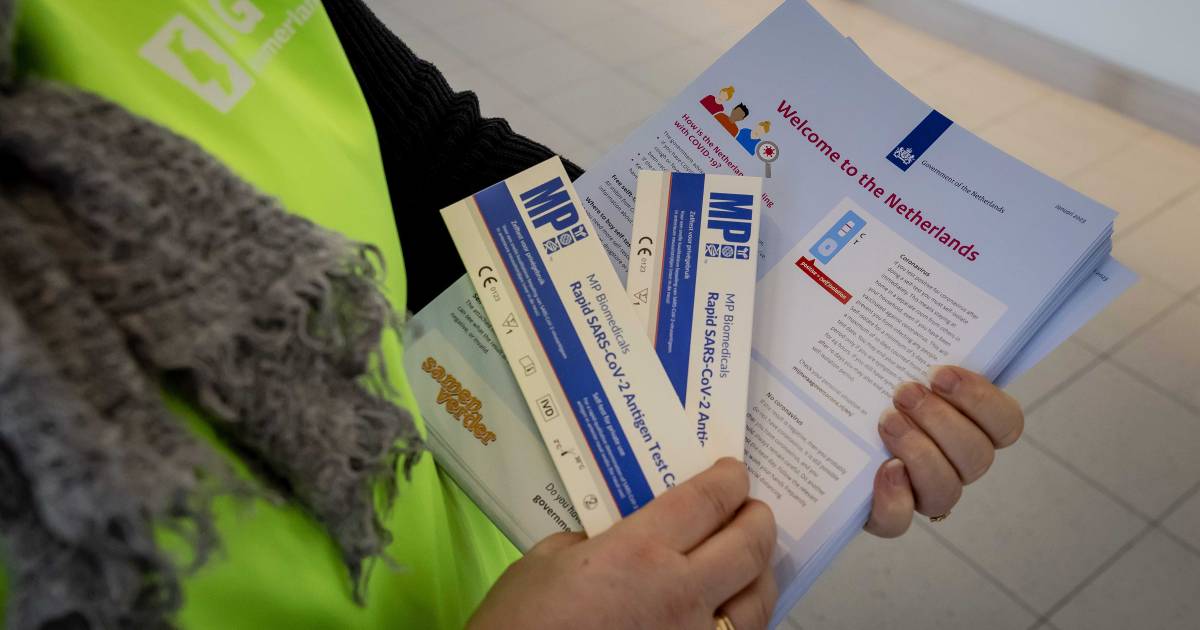 Minister of Health Kuipers asks the Outbreak Management Team (OMT) for urgent advice on measures on flights from China. He also asks the Senate once again to speed up the treatment of the corona law, which has yet to be approved. Tomorrow the Senate will decide in committee whether senators should come back from recess next week.

Kuipers will come up with a cabinet decision on Friday, following the ‘strong encouragement’ of the European Union to make corona tests mandatory on flights from China. Before then, the OMT must therefore issue advice, together with the new Social Impact Team (MIT) and, among others, the police and inspectorates. Many countries around us have already announced measures, but there is not yet a legal basis for this in the Netherlands. For the time being, the Netherlands does not yet require any additional checks.

A law is being drafted, but it still has to be passed by the Senate. However, the Senate is still in recess until January 16. According to Kuipers, a legal basis is necessary to enable a mandatory corona test for travelers from China. EU ministers agreed yesterday that all countries are “strongly encouraged” to check travelers before boarding a plane in China. At the end of December, Kuipers also called on the Senate to hurry up with the consideration of the law.

Tomorrow at 1 p.m., members of the Senate who are part of the VWS, J&V and BZK committees will hold an online procedure meeting together, sources from The Hague expect. It may be decided that the legislative debate will already take place next week. In that case, the Senate will return from recess. Another possibility is that a written round of questions will still be held first and that the legislative debate will only be taken up after the recess.

In recent days, after Italy, Spain and France also decided to require tests. Belgium followed last night’s EU call, followed by Germany, Greece, Austria and Sweden today. Minister Kuipers said earlier that he believes that such a measure is only effective if it applies in all EU countries. There is a risk that travelers will circumvent the measure due to the free travel options in the EU.

According to German Health Minister Karl Lauterbach, the measure is sensible, because there is a wave of infections in the People’s Republic. After Christmas, almost one in two travelers from China who landed at Milan airport was found to be infected with corona. There is a fear that the virus will spread even further from January 8, because from that date Chinese will be allowed to travel abroad again and the quarantine measures for foreigners in China will be lifted.

Last night, the European Union announced in a new advice on China that corona tests are ‘strongly encouraged’ before leaving China for the EU. It has also been advised to wear face masks on flights from China and to conduct random research into wastewater from aircraft from China. But no overall European measure has been laid down because, according to Brussels, it is a national matter.

In addition to a few EU member states, the United States, the United Kingdom, India, Australia and Japan, among others, have previously switched to a test obligation. The Netherlands already complies with the other two recommendations: KLM already requires face masks on flights from China and waste water is monitored at Schiphol. Preparations are also being made to check wastewater from aircraft from China for remains of the corona virus.

Beijing resents countries introducing travel restrictions that only apply to travelers from China. According to the country, there is no scientific basis for this and some measures are unacceptable. China warned against countermeasures earlier this week. What they will entail is unknown.

The aviation industry is fed up with mandatory testing

The aviation industry regrets the joint advice of the EU member states to make a negative corona test mandatory for travelers from China. Two airline industry associations (A4E and IATA) and airport umbrella organization ACI Europe argue that this recommendation contradicts the assessment of the European Center for Disease Prevention and Control (ECDC). That body indicated that the corona wave in China will not affect the situation in Europe.

The three organizations have previously indicated that they are not in favor of mandatory testing. It is then up to the airlines to check whether all travelers have a negative test. The airlines and airports prefer that tests of the waste water at airports and aircraft from China be monitored to see whether new variants appear. They will be happy to participate in such tests, but the tests themselves will be carried out by the health services, such as the GGD in the Netherlands.

Although A4E, IATA and ACI Europe are not in favor of the advice to make a negative test mandatory, they do call for it to be applied as uniformly as possible if that is the line chosen by European countries. The organizations also want to continue discussions with the EU to evaluate the recommendations. The industry also calls on the EU to continue its dialogue with China.