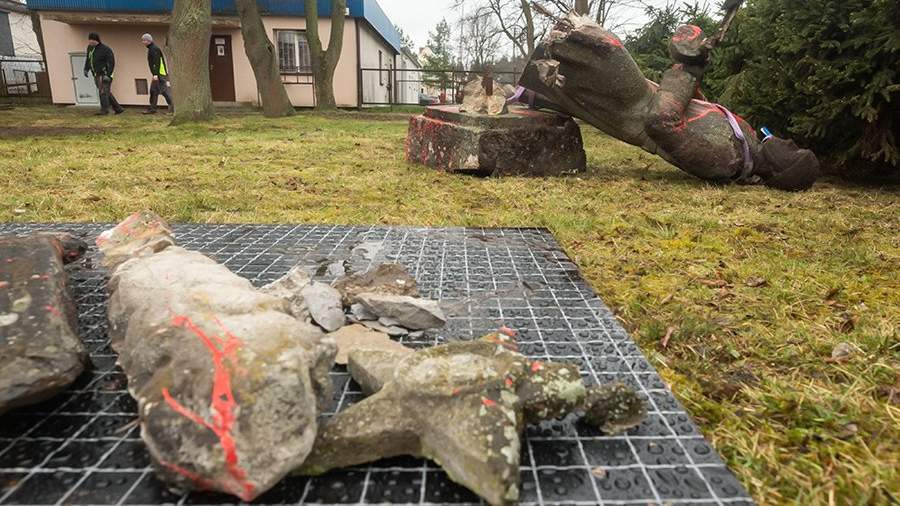 It is hard to imagine a person who is indifferent to the footage of the demolition of monuments and memorials to Soviet soldiers who liberated European cities from fascism, Russian Minister of Culture Olga Lyubimova told Izvestiya on the eve of Victory Day.

Lyubimova told how, working as a documentary filmmaker, she filmed material in Auschwitz and saw what was happening in Poland with part of our exposition.

“It hurt insanely, insanely offended, insulted. Because we all remember, and the whole world remembers our chronicle, who liberated this camp and who was outside the perimeter, who was inside and who was outside. When you see that exposition after exposition, the Russian, Soviet part of this exposition goes somewhere, they try to black it out… It didn’t start today, it started earlier. It is impossible to treat this except with pain and with internal ever-increasing indignation, ”the Minister of Culture noted.

She recalled that in Europe there are countries friendly to the Russian Federation, which, like Serbia, keep and honor the memory of help from Russia, not only in the 20th century.

“This is certainly a friendly country to us, and, of course, the Balkans have different attitudes towards us and our common history. We understand other tonalities of the sound of Croatia, Bulgaria, Albania and, unfortunately, it is sad to think about it, but also Greece. But this contact is maintained with the Serbs, the contact of people who remember, love, and with great gratitude relate to what the Russian Empire and the Soviet Union and the Russian Federation have done for many, many centuries, ”summed up Lyubimova.

On May 6, it became known that the authorities of Chervonograd, Lviv region, decided to dismantle three Soviet monuments, including the Eternal Flame memorial complex. According to the decision of local deputies, a memorial sign to the Hero of the Soviet Union Alexei Lopatin and a memorial monument at the site of the battle of Soviet soldiers with the Nazi invaders in the village of Zabolotye in the village of Silets are also subject to dismantling.

A new wave of demolition and desecration of monuments in Ukraine and in some European countries began against the backdrop of a special operation carried out by Russia since February 24 to protect Donbass. It was preceded by an aggravation of the situation in the region, an appeal by the leadership of the DPR and LPR to the Russian Federation with a request for help, and the subsequent recognition by Russia of the independence of the Donbass republics.