Minister of Municipalities: The Kingdom’s market is about to grow in demand for financing contracts 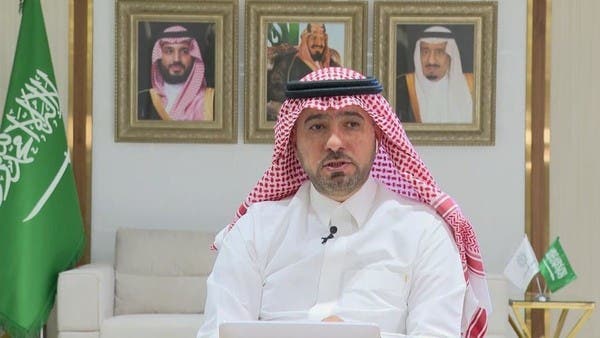 The Minister of Municipal and Rural Affairs and Housing, Majed Al-Hogail, confirmed that the real estate sector includes many components, considering that the existence of new legislations helped facilitate attracting business in this important and vital sector.

In an exclusive statement to Al Arabiya.net, he pointed out that the great harmony witnessed by the government agencies regulating the real estate sector, which played a major role in facing the major challenges witnessed by the sector.

Al-Hogail added, during the opening of the conference on the prospects and future of the real estate sector in Riyadh today, in the presence of the governor of the General Real Estate Authority and a large number of officials and those interested in real estate affairs, “that the real estate sector is the largest contributor to the domestic product and is linked to more than 120 economic sectors in the Kingdom.”

He also continued that the construction and building sector achieved during the first half of 2021 an increase of 14% compared to last year, while real estate activities recorded a growth of 6% during the same period, which indicates the growth witnessed by the real estate market through several areas, including the housing sector. In which the number of units grew by more than 375,000 new housing units.

He pointed out that the number of new families that benefited from the products amounted to about 100,000 Saudi families in various regions, in addition to other activities that are witnessing significant growth.

Growth in demand for financing contracts

He also noted that studies indicate that over the next five years, the market will witness a growth in demand for financing contracts supported by about 500,000 new housing finance contracts, while exceeding 1.2 million new financing contracts worth 600 billion riyals during the next ten years.

He added: “There is no doubt that the maturity of the real estate sector system in general, and the financing sector in particular, will contribute to facilitating the ownership of the first home for families, and reaching ownership rates of 70% in 2030 in line with the objectives of the housing program in the vision. The maturity of the effective partnership with all financing agencies under The housing program’s umbrella was to provide 800,000 new financing contracts over the past 4 years, with a value of more than 400 billion riyals. The cost of financing was 7.64 to 4.57 and the residential profit margin was 1.62 compared to the best practice of 3.92.

Al-Hogail explained that the sector is witnessing the activation of applications through a number of platforms, including the housing rental program, which contributed to preserving the rights of the parties to the rental process by documenting 2.7 million contracts in partnership with 24,000 real estate brokers.

In addition, he stressed that the real estate sector system achieved several results on the economic level, most notably the provision of more than 40,000 job opportunities that raised the participation of the private sector to more than 385 billion riyals.

He also confirmed that it had jumped the percentage of local content in the sector projects from 35% by the housing program to 81% in 2021, and it exceeded the target percentage that was 75%.

He added that the application of the real estate registration system in kind would enhance the reliability of the real estate sector in Saudi Arabia within the vision of 2030 and provide an attractive environment for investment, as all real estate in the Kingdom will be registered according to the latest technologies via satellite and aerial photography, which attracts investments.

In addition, he considered that the authority worked to complete its electronic systems and launch several platforms, most notably the in-kind registration platform in increasing the documentation of real estate ownership, developing the real estate revolution and speeding up the efficiency of procedures, as well as the real estate control platform and launching the real estate indicators platform that provides information on Saudi and non-Saudi real estate indicators and shows the relative change in The average price or area of ​​the property in 13 regions and 5 major cities, which enhances transparency and provides a database that enables all parties to benefit.