Ministers cornered by honest and direct children: ‘We cannot get away with boring answers’ 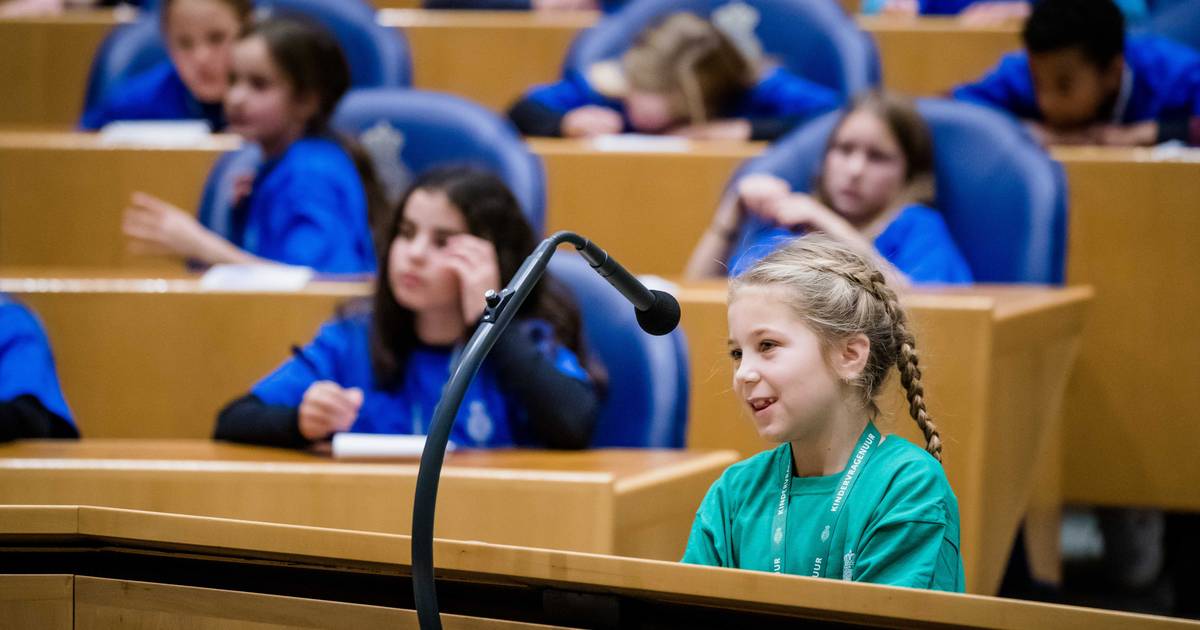 This time it was not dusty politicians who were allowed to question ministers in the House of Representatives, but children from five primary schools across the country. The language was simple, honest and direct, which was not always easy for the ministers.

On Tuesday it was time again for one of the youngest traditions in the House of Representatives: the children’s question hour. Since 2018, the seats of the Chamber have been occupied once a year by 150 primary school students, who are allowed to express the concerns of their generation by asking questions to the ministers.

Nola Witlox from Arnhem liked that, she confesses afterwards: ,,It felt professional.” She asked Dennis Wiersma (Primary and Secondary Education) a question about how he wants to solve the teacher shortage because, according to Nola, ‘even after the pay increase for teachers and extra help in the classroom, there are too few people who are open to becoming teachers ‘.

“Very subtle question,” compliments Chamber President Vera Bergkamp. The cabinet laughs, and Wiersma admits: “It has indeed not helped yet.”

The childish directness also appears to play tricks on the government when asked by Annemé de Wind from Woudsend. She asks Prime Minister Mark Rutte: “Why do we pay more attention to the war in Ukraine than to the wars in other or poorer countries?” Classmate Niels interrupts Prime Minister Rutte’s vague answer and asks: “Why don’t we give any or fewer weapons or soldiers to other or poorer countries?” The Prime Minister is unable to formulate a clear answer to this. ,,I hear the prime minister hesitating, that doesn’t happen often”, Bergkamp laughs. Rutte replies: “I can handle the MPs, but this is a complicated one.”

In addition to Nola and Annemé, there were three more students who were allowed to take the podium. For example, Danilo Spasic from Nijmegen asked Karien van Gennip (Social Affairs and Employment) what the government is going to do about ‘everything is so expensive’. Jay-Nairo Hoeker from Almere wants to know from Hugo de Jonge whether ‘we can quickly or easily get a house or flat in the future’. Dieke van Laar from Ede closes the hour by putting Rob Jetten to the test about ‘global warming and plastic soup’.

In any case, afterwards the ministers are positive about the question hour. “Very nice to see 150 children sitting here in the Chamber,” said Jetten. “They also knew how to ask the cabinet members quite difficult questions. As a cabinet, we cannot get away with it if the answer is too boring or too technical.” Mark Rutte also thinks it is ‘very nice to do again’. “It is their country,” says the prime minister. “It is their future that we try to manage as best as possible.”

Anyway, how often is Rutte asked for his signature in the Chamber? In any case, students of the five schools present are beaming back on the bus with the loot. ‘A super cool day’, as Annemé called it afterwards.