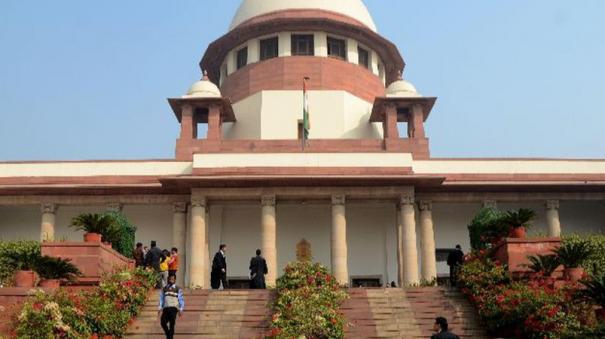 New Delhi: The Supreme Court has given another 6 weeks time to the Center to consult with the State and Union Territory Governments on the issue of granting minority status to Hindus in the states.

The National Commission for Minorities Act, 1992 states that the central government has the power to grant minority status. Senior advocate Ashwini Upadhyay and others have filed a petition in the Supreme Court against this.

Also, the petitions have requested that the Supreme Court’s 2002 judgment in the TMA Bhai case, which states that minorities can be identified on the basis of religion and language at the state level, should be implemented by referring to Article 30 of the Constitution.

It is noteworthy that Article 30 of the Constitution gives the right to minorities to establish and manage educational institutions.

In states like Jammu and Kashmir, Ladakh, Lakshadweep, Mizoram, Nagaland, Meghalaya, Arunachal Pradesh, Manipur and Punjab, the number of Hindus is less than other religions.

Therefore, the demand of the petitioners is to empower the state governments to declare Hindus as minorities in those states.

In this case, in the reply petition filed by the central government on August 29, “consultations have been held with 8 states and 2 union territory governments. It was emphasized that more time should be given to discuss this issue in detail. The Supreme Court allowed this.

The case came up for hearing yesterday before a bench comprising Justices SK Kaul and AS Oka.

In the reply petition filed on behalf of the central government, “so far comments have been received from 14 state and union territory governments. A reminder letter has been sent to other states asking them to send their comments as soon as possible,” it said.

After considering this, the judges ordered another 6 weeks to consult with the state governments on the matter. Further, the hearing of this case was postponed to January.

Meanwhile, the court has directed the state governments, which have not yet responded, to give their views on the issue within 4 weeks.