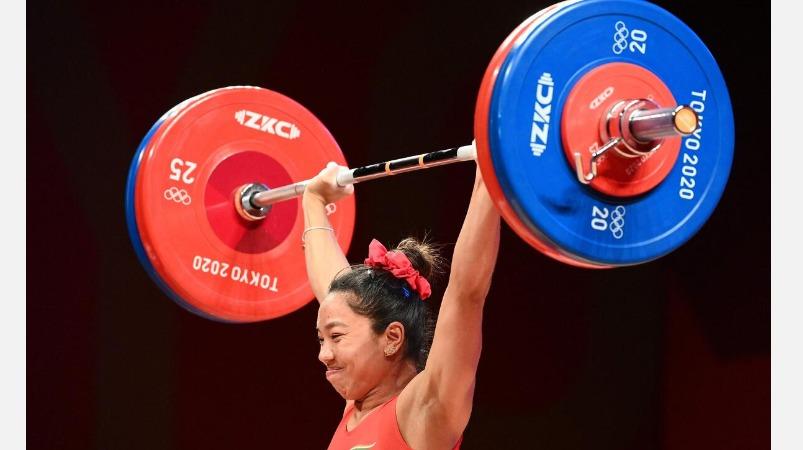 Ongoing in Tokyo Olympic For women in the competition, Mirabai of India in the 49 kg weight category Silver medal Won.

For the year 2021 Olympic The tournament is being held in Tokyo, the capital of Japan. In this, the women’s weightlifting competition was held today (Saturday).

Mirabai will be held in Tokyo with the winning medal Olympic India topped the medal list of the competition.

Mirabai who achieved in poverty

Manipur is one of the poorest states in India and one of the poorest families in the Andamans is Saikom Gridi Medi. He is survived by his daughter, Mirabai Sanu, who has won medals for India in many international weightlifting events. Mirabai Sanu, who lifts a lot of weight in competitions, has been lifting firewood from the jungle due to the poverty of their home as a child.

Commenting on this, his brother Sanathompa said, “We each took a responsibility to make up for the poverty at home. Mom ran a small pet shop to adjust to the financial situation. Sanu and I were given the responsibility of carrying firewood daily from the forest 2 km away from home. Then Sanu, who is 4 years younger than me, will be carrying more kilos of firewood than me. That may be one of the reasons why she is overweight today. ”

At a young age full of poverty, it was Kunjarani Devi who attracted Mirabai to the weightlifting competition. A native of Manipur, Mirabai Sanu became interested in the same sport after setting a record in weightlifting. His brother Sanathomba, a footballer, also supported it. But the training center was 60 kilometers from his home. For this I had to travel by train daily.

Commenting on her early days, Mirabai Sanu said, “When I joined the training center, they gave me a diet list of foods I should eat daily. It stated that you should eat half a liter of milk and a certain amount of curry daily. But as it says, once a week my family had to sacrifice quality food to reduce their needs. ”

This poverty could not defeat him. The winner of all, today shines as the ‘Golden Manga of India’.

His lost 2016 in this position Olympic Dream Tokyo Mirabai has recovered from the Olympics.