Mirza: UAE bikes have become a difficult number in Asia 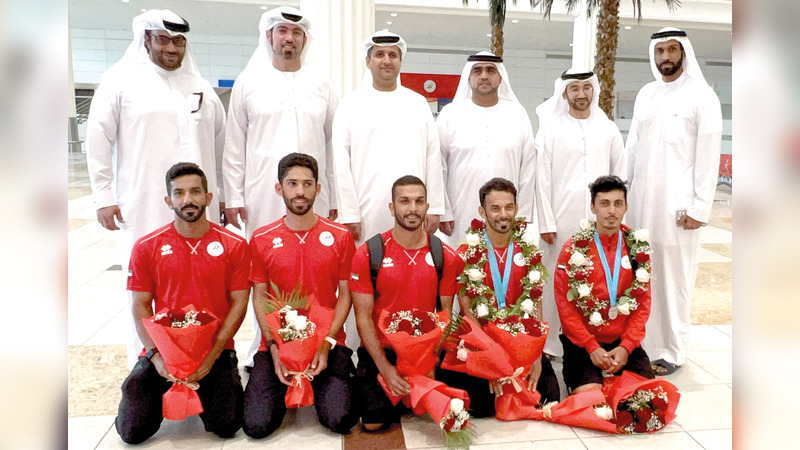 The captain and star of the cycling team, Yusuf Mirza, confirmed that “the UAE bikes have become a difficult number in the Asian continent after achieving three new medals in the Asian Track Championship in Thailand.” He said that the view now of the UAE cyclists in the big championships has become completely different, and “all teams are watching our players in the races and counting them a thousand accounts in various races.”

The team’s mission returned yesterday afternoon after the successful participation in the Asian Track Cup, achieving three gold and silver medals for the team’s star Youssef Mirza, and a bronze medal for the star Ahmed Al-Mansoori, in addition to achieving silver in the race to commemorate the founding of the Thai Federation through Al-Mansoori.

The delegation in Thailand included Yusuf Mirza, Ahmed Al-Mansoori, Saif Al-Kaabi and Khaled Mayouf, in addition to bicycle technician Ahmed Mayouf. They were received at Dubai Airport by the President of the Cycling Federation Mansour Bouassiba, the Executive Director of the National Olympic Committee Muhammad bin Darwish, the Director of Protocol Tariq Al-Aredi, the Director of Federation Affairs Butti Al-Abdouli, and from the General Sports Authority Omar Khalaf, Director of the Sports Department.

Mirza told “Emirates Today”: “What I saw in the Asian Track Championship in Thailand, I had not seen it before in the ammonium races, in terms of the number of participants, and I was close to achieving a medal in this race without the bad luck. Strong in the races, I thank all the players for making this great effort and coming back with colorful medals.”

Mirza added: “We found good preparation by the members of the Federation’s board of directors, and not being late for the team, so positive results were achieved, which is a natural matter. From 10 days to participate in the Salalah Tawaf, then the Arab Championship in Egypt and the Arab Championship in the Emirates, all of which are great successes and achievements for the Emirates bikes.”

For his part, Bouaseba told “Emirates Today” during the reception: “Championship after tournament, we find our stars on the podiums, and the achievements varied between the adult, women’s, youth and junior teams. We are preparing for great and strong benefits in the coming period, and our stars are able to keep pace with them.”

Mirza won one gold and one silver, while Ahmed Al-Mansoori won bronze during the Asian Track Championships in Thailand.