Misk continues to support the growth of the non-profit sector 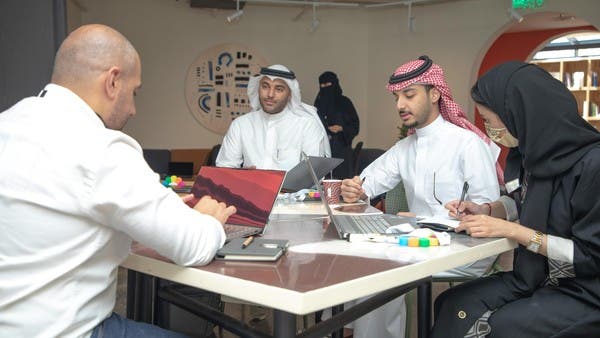 The Mohammed bin Salman Foundation (Misk) announced the registration and empowerment of a group of non-profit youth initiatives and organizations that have transformed from the starting stage to the pioneer stage.

The journey of the impact industry and community service began after months of empowerment provided by the Foundation within the framework of the first version of the (Empowering Youth Non-Profit Organizations) program, as part of its interest in supporting the growth of the non-profit sector.

In this context, the program also resulted in supporting the expansion of two existing organizations, the Qader Association and the Initiatives Association, as these efforts come in an effort to build the basic organizational capacities of the supported initiatives, through a three-month journey.

It focused on learning and applying the world’s leading management methodologies that form multiple aspects of the organization’s journey, such as strategic clarity, financial sustainability, communication, and impact measurement.

In turn, Dima bint Abdulaziz Al-Sheikh, Director General of Community Outreach and Research at Misk Foundation, said that the “Empowering Youth Non-Profit Organizations” program has achieved a qualitative achievement in record time, being the first program of its kind in the Middle East.

She added that the program is consistent with the updated (Misk) strategy launched by the Foundation last year, which aims, among several goals, to support the establishment of 15 sustainable non-profit youth organizations by 2030.

Al-Sheikh also made it clear that the program puts in mind the empowerment of Saudi youth at the level of non-profit organizations and initiatives, and it integrates in this endeavor with the overall effort exerted by (Misk) to liberate and develop youth energies, and invest it in the development of the national economy in general and the non-profit sector In particular, with the aim of maximizing its economic value and social impact in Saudi Arabia.

Within the Misk program

She pointed out that this achievement coincides with the announcement of Prince Mohammed bin Salman, the Crown Prince and Chairman of the Board of Directors of (Misk), the launch of the project of the first non-profit city in the world, which will be a magnet for local and international non-profit organizations, supportive of this sector and maximizing its impact locally and regionally. It will contribute to achieving Misk’s objectives to support innovation, entrepreneurship, and qualify future leaders.

It is noteworthy that the “Empowering Youth Non-Profit Organizations” program is one of the enabling initiatives launched by the Misk Foundation with the aim of advancing the third sector in the Kingdom, and providing its organizations with the best organizational knowledge and expertise that enhances their sustainability opportunities and maximizes the quality of their contribution to overcoming societal challenges, by During the transformation journey of the supported organization over 13 weeks of learning and training.