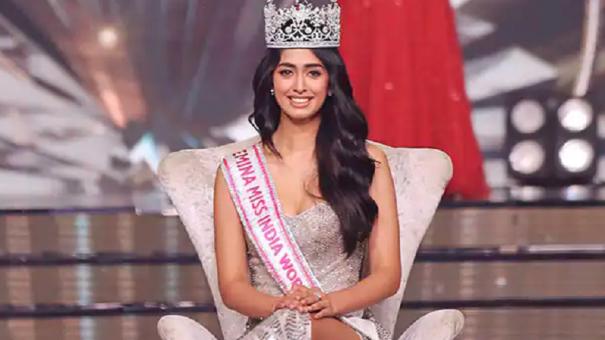 Sini Shetty from Karnataka has been selected as Miss India 2022. The VLCC Femina Miss India pageant was held at the Jio World Convention Center in Mumbai.

The show was judged by actresses Neha Dhupia, Dino Morea, Malaika Arora, designers Rohit Gandhi, Rahul Khana, dancers Shimakar Dhawar and former cricketer Mithali Raj.
This Miss India pageant is partly online and partly live. 31 people from all over the country were selected and invited to the finals. All of them were summoned to Mumbai. Various exercises were announced to them.