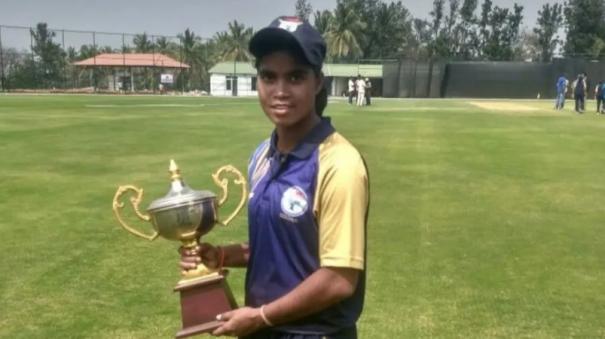 Cuttack: Rajashree Swain, the missing cricketer in Odisha, has been found dead in the forest.

Rajashree Swain is a 22-year-old women’s cricketer from Odisha. Hailing from Puri district, he had gone to Bajrakapatti to attend a training camp organized by the Odisha Cricket Association for the upcoming national level tournament in Puducherry. Rajashree was not included in the final list of the team going to Puducherry from this camp where a total of 25 players participated.

While the final list was announced on the 10th, Rajashree, who said that he was going to Puri to visit his father, went missing from the hotel where he was staying, the next day to go to the players’ training. At the same time, Rajashri also lamented that his name was not included in the state team. This was seen by fellow athletes. After that, the coach came to know that he did not go to the town to file a complaint with the police and searched for him.

In this case, Rajashree was recovered as a dead body hanging from a tree in the Kurdijatia forest area of ​​Atagar area of ​​Cuttack district. His scooter was recovered in the forest. The police have said that the cause of Rajasree’s death will be known only after the post-mortem report. But his parents have complained that it was a murder and Rajashri had injuries on his body. This issue has created a stir in Odisha state cricket circles.