Moataz Abdullah: The champions of the first Gulf Cup title were lost between the two generations of Al-Taliani and Amouri 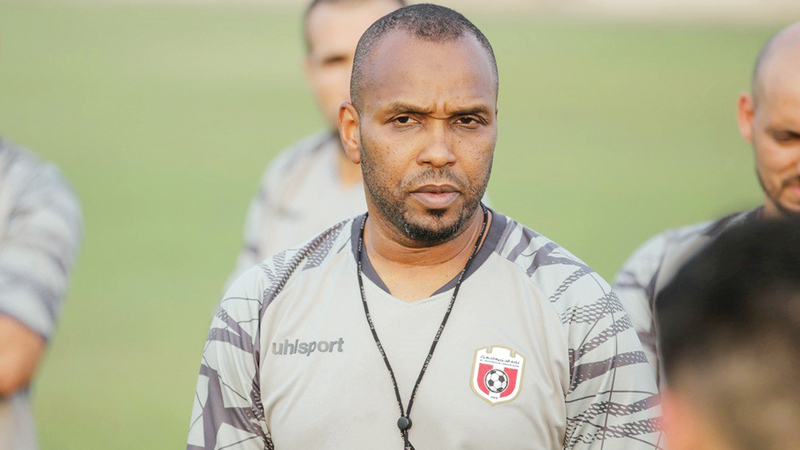 The current coach and former international goalkeeper, Moataz Abdullah, said that his generation of national team players who won the title of the first UAE championship and the first Emirati title in the Gulf Cup in the 18th edition that was held in Abu Dhabi in 2007, were lost between the “generation of 90” or the golden generation in the history of Emirates football led by The historical star of the UAE national team, Adnan Al-Taliani, who reached the World Cup in Italy for the first time in the history of UAE football, and the “Generation 2013” ​​team, in the presence of Ali Mabkhout, Ahmed Khalil, Amer Abdel-Rahman, Omar Abdel-Rahman “Amouri” and Ismail Matar, led by national coach Mahdi Ali, who raised the Gulf Cup for the second time. In the history of Emirates football, by winning the “Gulf 21” in Bahrain.

Moataz Abdullah wished success to the team as it begins its career in the Gulf Cup by meeting the Bahrain national team today. Moataz Abdullah described the atmosphere of great joy in the “Gulf 18” tournament, indicating that, in addition to the great interest of the wise leadership in the national team, the enthusiastic and patriotic songs presented by some artists and poets And composers at that time, such as the artist Fayez Al-Saeed, the poet Ali Al-Khawar and the poet Hassan Al-Obaidly, contributed to motivating the players to win the first title.

Moataz Abdullah told “Emirates Today”: “Winning the 18th Gulf title was the result of a series of successes and achievements for Emirati football. Everyone at the time was chanting these songs and they were very popular, which motivated the players of the national team and contributed greatly to the team’s achievement by winning the first championship title.” As players in the national team, we considered the trio Fayez Al-Saeed, Ali Al-Khawar and Hassan Al-Obaidly, although they are artists, poets and composers of great stature, as if they were professional colleagues and players in the national team due to the great patriotic and enthusiastic role that they played in spreading the spirit of enthusiasm among the national team players through those patriotic and enthusiastic songs that were established very much in mind.”

Moataz Abdullah indicated that Al-Saeed, Al-Khawar and Al-Obaidly were when they produced a patriotic or enthusiastic song, as if they were living with the national team players and expressing their feelings in their own way.

He added, “Throughout the period of the 18th Gulf Cup, new enthusiastic and traditional songs appeared, which were broadcasted through the media, which were deeply rooted in the ears of many at that time. The audience was interacting very intensely with the team in every match it played in the Gulf Cup at that time, and all this beautiful atmosphere contributed to the team winning the first Gulf title.

And Moataz Abdullah continued, “I am proud of being part of the national team that won the title of the first Gulf Cup in the history of Emirates football, which is the Gulf 18, and this tournament is the most beautiful and best Gulf championship in which I participated with the national team. The first title in the history of Emirates football, and therefore the joy in it was very great in all parts of the Emirates.

He explained, “We, as players in the national team, experienced historical joy, as we were in the national team for a whole week, touring all parts of the seven emirates in the country, in celebration and expression of the great joy left behind by the team’s achievement and winning the Gulf title.”

And Moataz Abdullah continued, “The team, when it won the Gulf Cup title for the first time, included in its ranks, alongside me, a group of distinguished players such as the captain of the team at the time, Muhammad Omar, Abdul Rahim Juma, Fahd Ali, Saeed Al Kass, Hamid Fakher, Sbeit Khater, Bashir Saeed, Fahd Masoud, Adel Abdel Aziz, Salem Khamis, Khaled Darwish and Muhammad Sorour, goalkeeper Walid Salem, Rashid Abdul Rahman, goalkeeper Majid Nasser, the late Salem Saad, Faisal Khalil, Hassan Ali Ibrahim, Haider Alo Ali and others, and all of these players remain the first generation to achieve the first championship for the Emirates.

Moataz Abdullah revealed that he is still considered the longest-lived UAE player in the stadiums when he retired from playing and was then (41 years old), indicating that he is very proud of that because he was able to continue in the UAE stadiums until he reached this age at that time.

• The enthusiastic and patriotic songs contributed to the team winning the Gulf Cup for the first time in 2007.

I have not met Chandrababu.. It is all a lie: YCP MP Clarity

Lima: My move to Al Ain next season is a “joke”