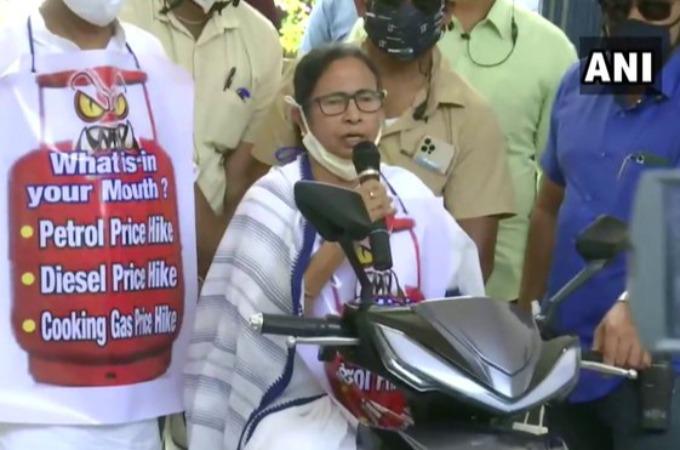 In this context, Kolkata condemned the increase in petrol, diesel and cooking gas prices Mamta Banerjee The Trinamool Congress led the protest. Then Mamta Banerjee Spoken by:

The central government is selling off the country’s major government agencies. They are selling BSNL. Selling coal mines. Coal India is also being privatized.

Prior to the fight Mamta Banerjee He arrived on an electric scooter and took part in the demonstration.

More than 2 children per 168 MPs in the Lok Sabha

Another tragedy in the film industry, K .. Director. V. Anand passes away

In India, it costs twice as much to drive in a foreign country!

4 video angles if Indian players appeal; Do we have an angle? - England player Crawley dissatisfied with the referee's decision