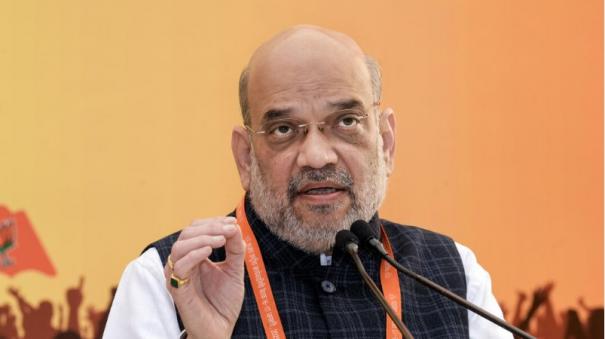 New Delhi: Amit Shah said that the aim of the Modi government is to make policies for the development of the people and not for the happiness of the people keeping in mind the vote bank.

Union Home Minister Amit Shah while speaking at an event said: “Big changes have taken place here since Narendra Modi became the Prime Minister of the country. The previous government’s policies were based on vote bank. The Modi-led government is not making plans to please the people but it is making plans for their development.

When we introduced GST, there was opposition to it. When we introduced DBT (Direct Benefit Transfer) there was a lot of resistance. Surely middlemen will not like this. In this way, even if the decisions taken by the government are difficult for the people, they are in their interest.

To understand a policy you need to understand the basic purpose for which it was created. We do not make any policy with vote bank in mind. Instead we build on a holistic solution to the problem.

The Modi government does not take a narrow view of issues. Complete solutions to fundamental problems have not been developed before. Modi government has brought about a change in policies.

If we consider public welfare, our government works on priority basis. Each level has different challenges. Officers have been instructed to accept the instructions from various levels in their view and at the same time analyze it from a holistic angle and then act accordingly to that area. Thus he spoke.