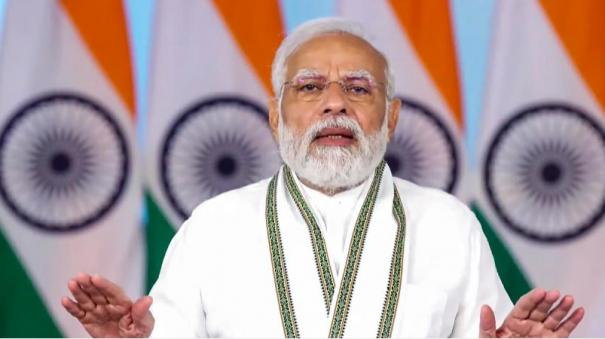 China, Kazakhstan, Kyrgyzstan, Russia and Tajikistan jointly signed the ‘Shanghai Five’ defense agreement in 1996. Later, the leaders of these 5 countries and 6 countries of Uzbekistan met in Shanghai in 2001 and held a consultation. The Shanghai Cooperation Organization (SCO) was then formed to cooperate politically and economically.

It is the political, economic and security organization of Eurasia (Europe-Asia). This region is the largest region in the world in terms of geography and population.

The organization is chaired by one country per year on a rotating basis. The country thus holding the presidency will preside over the annual Shanghai Cooperation Organization summit.

Accordingly, the 22nd summit will be held in Samarkand, Uzbekistan on the 15th and 16th.

This summit is going to be held directly for the first time after the Corona pandemic. Prior to this, a live conference was held in Bishkek, Kyrgyzstan in 2019.

According to a statement released by the Union Ministry of External Affairs, the leaders of the member countries and visitor countries, the general secretaries of the organization, the executive directors of the SCO Regional Terrorism Prevention Framework and others will participate in this year’s conference.

Also, leaders of 15 countries including Chinese President Xi Jinping, Russian President Vladimir Putin, Pakistani Prime Minister Shebaz Sharif and Iranian President Ibrahim Raisi have been invited to participate in this conference. The conference is expected to review the activities of the SEO organization over the last 20 years.

It is reported that the cooperation of the member states and issues of regional and international importance will be discussed.

Talk to the Chinese president?

It is also expected that Prime Minister Narendra Modi, who will participate in this conference, will meet and talk to leaders including Russian President Vladimir Putin. However, a question has also arisen whether Prime Minister Modi will meet Chinese President Xi Jinping and Pakistani Prime Minister Shebaz Sharif, who have been following a confrontational trend recently. However, no official information has been released in this regard.

At the same time, it was decided in a recent meeting of the military officers of both sides to withdraw the Indian and Chinese forces that had been camped in the eastern Ladakh region for more than 2 years. According to this, as the forces of both countries are retreating, there is a possibility of improvement in bilateral relations. Prime Minister Modi will return to the country on the 16th after completing his visit to Uzbekistan.

After the summit, India will assume the leadership of the SEO Organization for one year on a rotating basis. Accordingly, next year’s summit will be held in Delhi. It will be attended by a large number of leaders of member countries and visiting countries.