Mohamed Salah after 5 seasons with the Reds .. Liverpool celebrates and the audience is unbelievable (video) 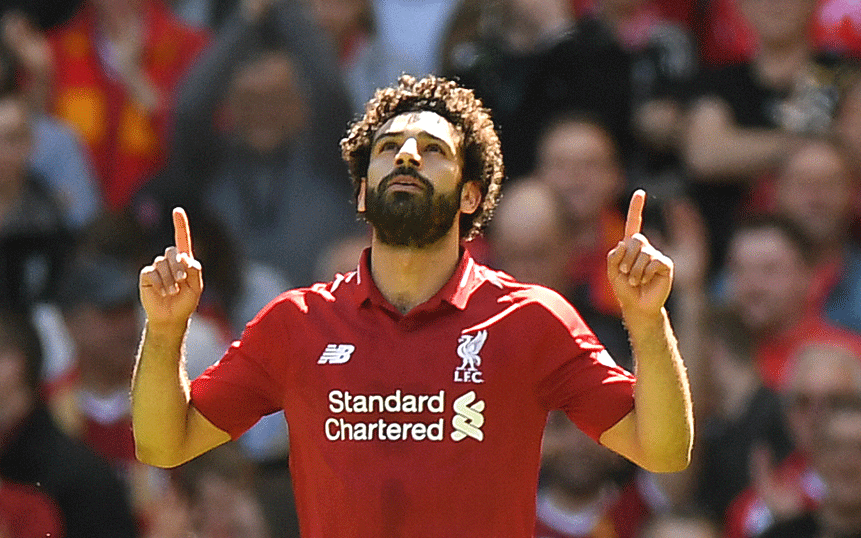 Liverpool club published a new video through its official account on the “Twitter” website, in which it celebrated the 5 seasons of the presence of Egyptian star Mohamed Salah, with Liverpool to become the team’s top scorer and the English Premier League in a fictional deal. From Roma, in a deal that did not exceed 40 million euros, to reach, after only two years, one of the best 5 players in the world at the moment, and the top scorer in the league for 3 seasons.

The story of the video was a combination of the views of the English public about the Egyptian player and some of the goals affecting the player’s career, in addition to the fact that a number of young players in Liverpool implemented Salah’s goals in the same way that he scored the goals, and the English public was initially surprised by the level in which he blossomed The Egyptian player and that he does things that are difficult to expect, in addition to always approaching the net and scoring goals.

Mohamed Salah joined Liverpool from Rome in the summer of 2017, and was able to reserve a permanent place in the last three years among the top 10 players in the world, the last of which was last season in which he ranked third, and the Egyptian star developed himself greatly until he reached what is it now.

“He took us from where we were, straight to the top.” ❤️

5 years ago the story of the Egyptian king began @TheSunshine With Liverpool.. to become one of the most influential players for all Reds fans 👑 pic.twitter.com/MDCsqFgBsi