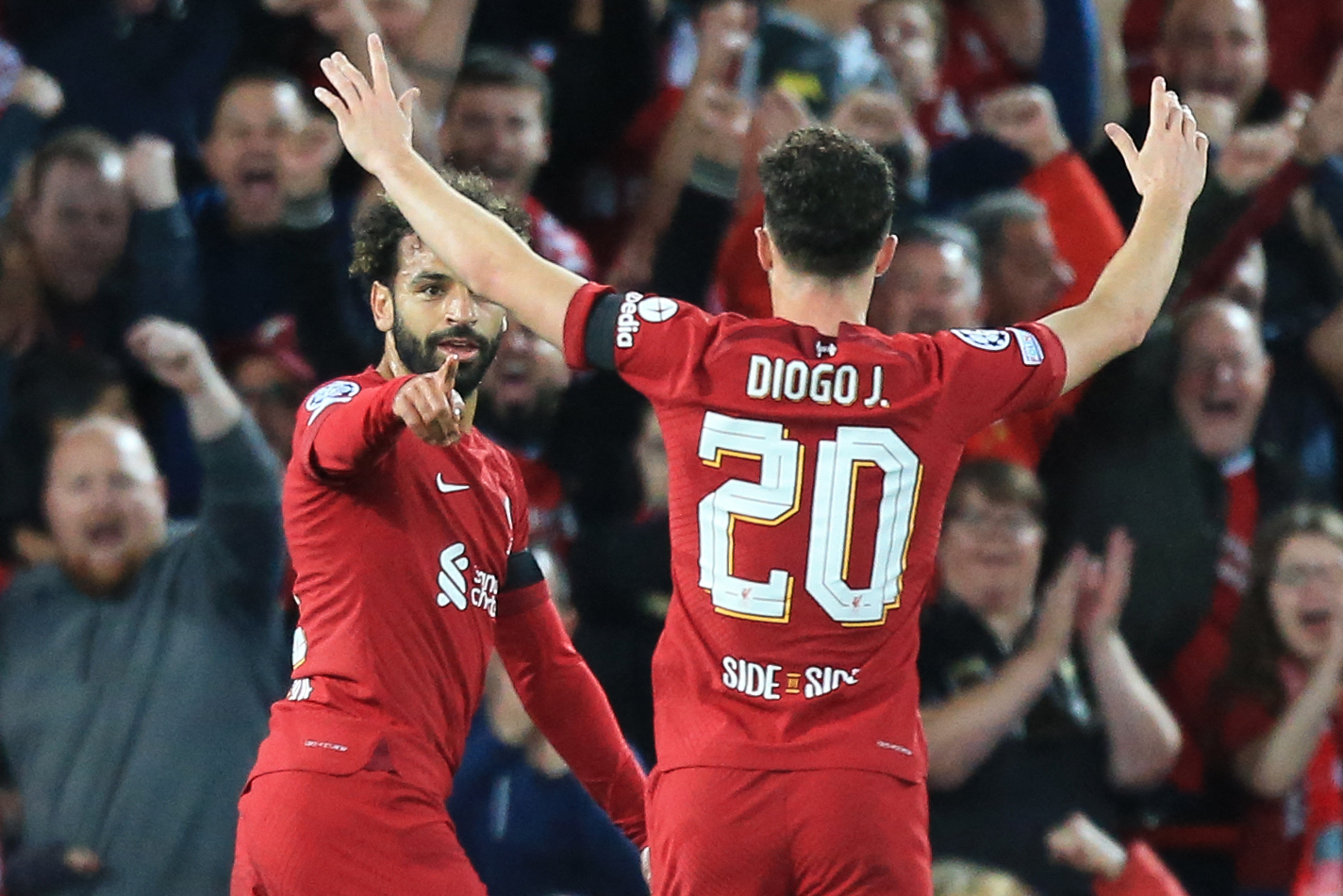 The Egyptian star, Mohamed Salah, ended his fast, which lasted 4 matches, in which the English Premier League top scorer was subjected to a difficult campaign and severe criticism due to the decline in his scoring record, and the public addressed the reason for this due to the departure of Senegalese star Sadio Mane, and his move to Bayern Munich, which was the main reason for Salah’s brilliance. With Liverpool, Salah returned and scored against Liverpool against its guest Ajax Amsterdam (2-1), in the second round of the group stage of the Champions League.

And Mohamed Salah became the player to score the most goals for Liverpool in the Champions League in history at Anfield, after he raised his score to 15 goals, surpassing the record of goals by legend Steven Gerrard, who scored 14 goals.

The match ended with several distinct numbers for the Egyptian star Salah, after he opened the scoring for the “Reds” after a wonderful pass from fellow Portuguese striker Diogo Jota, at the 17th minute of the first half time for the meeting at “Anfield”, to break Mohamed Salah’s fast, after suffering from the infertility of my goal. He has not scored any goal in the last 4 games with Liverpool, in the English Premier League against Bournemouth, Newcastle and Everton, and another in the Champions League against Napoli, Italy.

Mohamed Salah also scored his first goal in the current edition of the European Football Championship, after the absence of seven games in the tournament, specifically since the match between Inter Milan in the first leg of the final price of the “Champions League” last season.