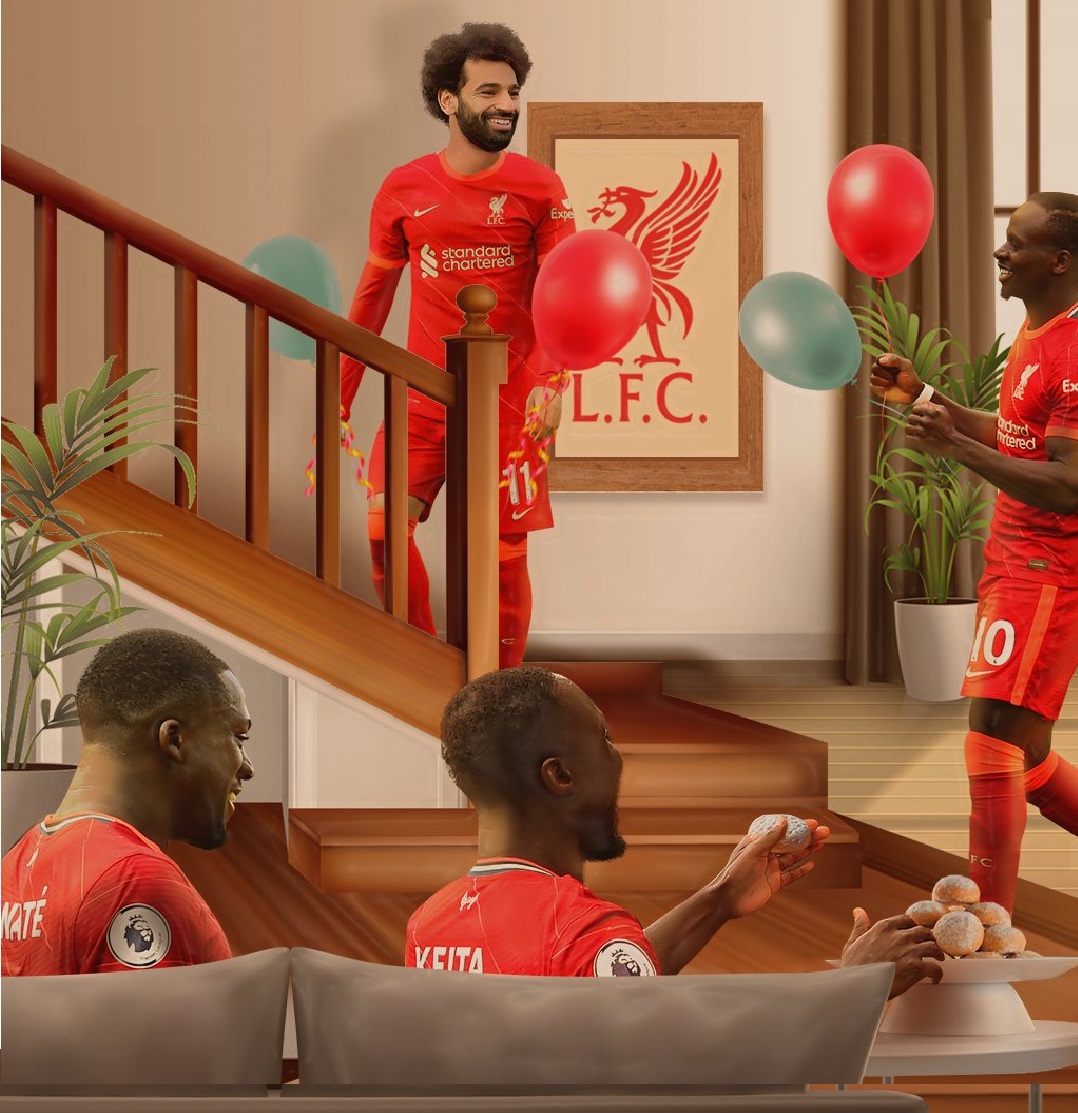 The top scorer of the Liverpool team and the English Premier League, Egyptian star Mohamed Salah, congratulated his fans on the occasion of Eid Al-Fitr, and Salah wrote on his official account on “Twitter”: “Happy Eid and Happy New Year.”

For his part, the official website of the Liverpool club published a picture of the Egyptian star, accompanied by Sadio Mane, Naby Keita and Ibrahim Konate, as they were preparing with decorations and balloons for the Eid celebrations, and the official page of the Liverpool team tweeted, “Happy Eid, Reds. For Mohamed Salah’s tweet and congratulations to his fans.

Liverpool will meet Villarreal in Spain tomorrow, “Tuesday”, in the second leg of the Champions League semi-final, with two clean goals, and put them on the verge of the final in a season in which they are looking to achieve a historic quartet.

In the second meeting next Wednesday, Manchester City will defeat Real Madrid, after winning 4-3 in the first leg in one of the most enjoyable matches of the season.

Liverpool did not bid farewell to the playoffs of the first continental championship, after winning the first leg, since the 2001-2002 season, when Bayer Leverkusen and its star Michael Ballack eliminated him from the quarter-finals (1-0 and 2-4).

The red team crowned this season in the League Cup and reached the FA Cup final, where it will face Chelsea, and is one point behind in the local league behind the leaders Manchester City “83-82”, knowing that it may face him in the final match scheduled in Paris, which I received the honor of hosting. After stripping St. Petersburg, Russia.

In the first leg, Liverpool waited at the beginning of the second half in order to dismantle the defensive bloc of Villarreal to open the scoring with “friendly fire” through Ecuadorean international “yellow submarine” defender Pervis Estupinian, and consolidated the result with the goal of Senegalese international Sadio Mane after two minutes after a pass from the Egyptian star Mohamed Salah.