Mohamed Salah dedicates his shirt to a rising Iraqi player 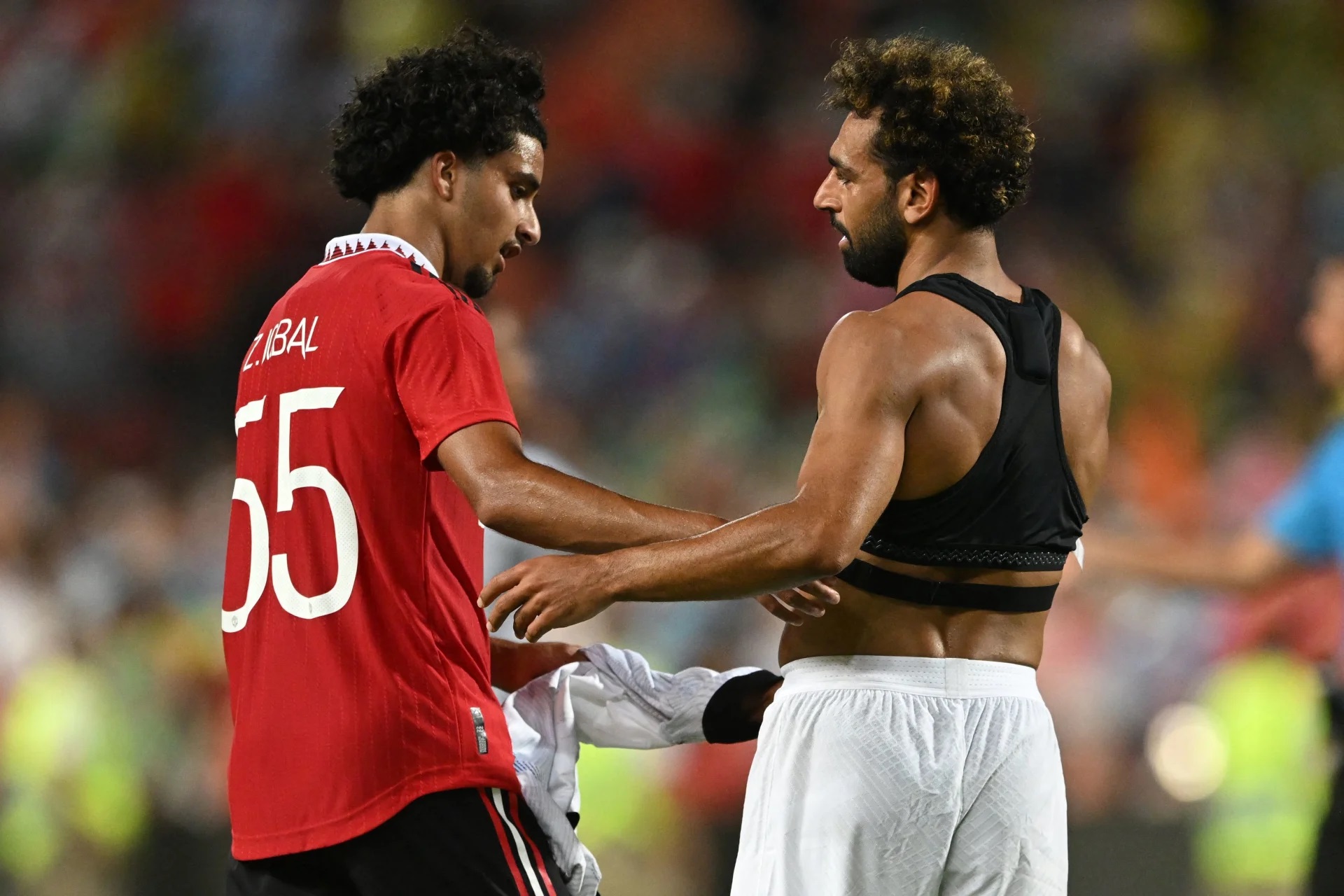 Football fans interacted through social media with what the Egyptian star Mohamed Salah, the top scorer of Liverpool and the English Premier League, did towards an Iraqi young player.

The Egyptian star, Mohamed Salah, gifted his shirt to the young Iraqi player Zidane Iqbal, after the end of the Liverpool-Manchester United friendly match, which was held on Tuesday in Thailand.

The Egyptian star, Mohamed Salah, was keen to gift his shirt to the young Iraqi talent Zidan Iqbal, with the aim of giving him support and confidence at the beginning of his football career.

Activists on social media circulated what Salah did with Zidane Iqbal, and one of the tweeters said: “Today’s snapshot is the Egyptian star and the pride of the Arabs, Mohamed Salah dedicates his shirt to the rising Iraqi talent Zidane Iqbal.”