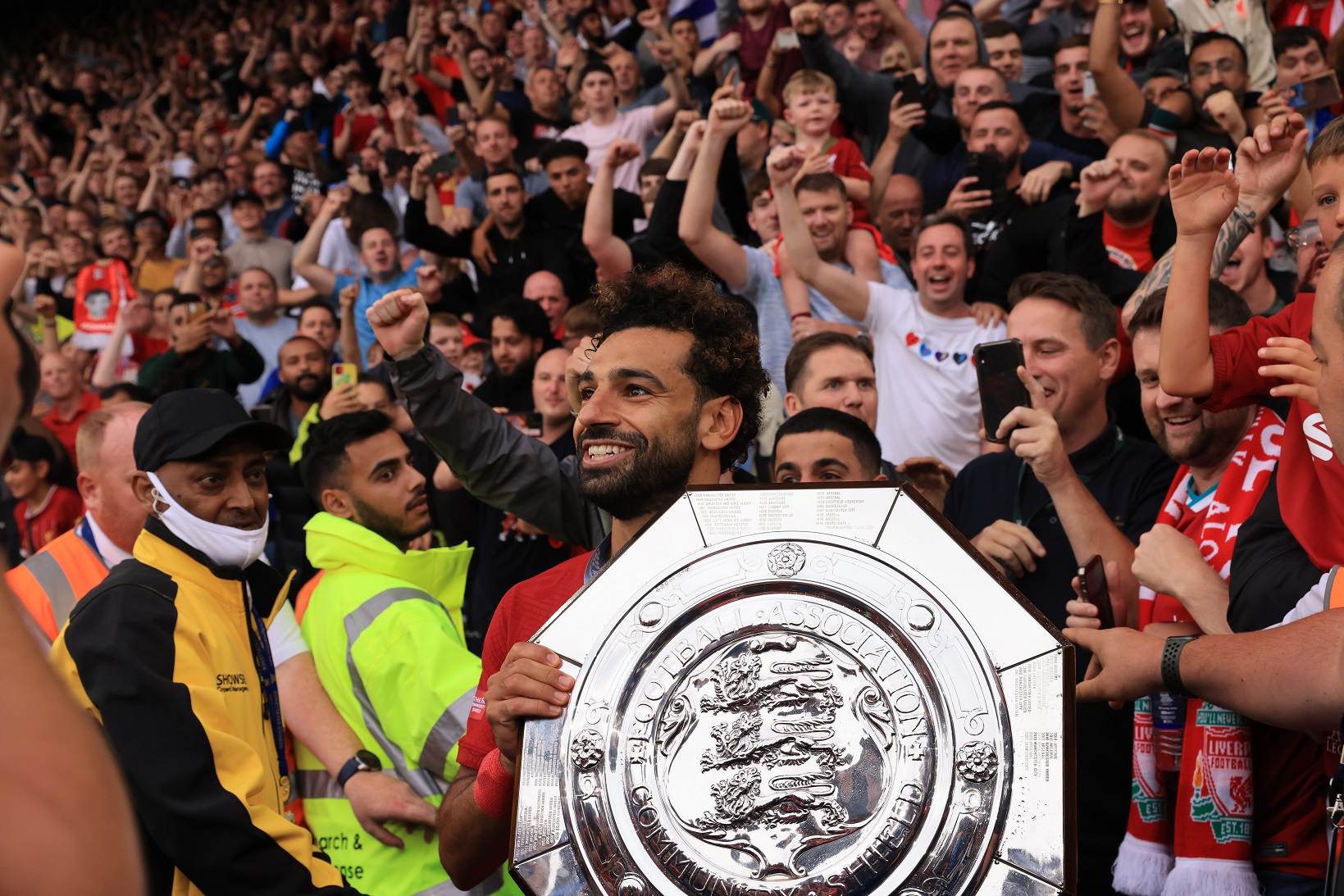 Egyptian football star and Liverpool English top scorer, Mohamed Salah, got the highest rating in the Charity Shield Cup match, which Liverpool won for the first time since 2006, with a 3-1 victory over Manchester City on Saturday, thanks to the goals of Arnold and the international, Mohamed Salah and Darwin Nunez.

According to the “Opta” network for numbers and statistics, Mohamed Salah directly participated in scoring 13 goals for Liverpool against Manchester City (8 goals, 5 assists), which is the largest number for him against one team with the Reds, and his eight goals against Manchester City since 2017- 2018 is the most any player has scored against Citizens at this time.

The Liverpool star got the highest rating in his team’s match against Manchester, after he scored a goal and made another, and contributed to the third industry, as he received a rating of 8.7% 10, as the highest rated player in the match from the two teams.

Salah managed to touch the ball 52 times, and succeeded in passing the opponent 5 times, with a success rate of 100%, and the percentage of correct passes reached 94%, with 4 crosses, including a correct one, and creating two chances to score, and after the match, Ian Rush, the legend of Liverpool, and Debbie Hewitt The President of the Football Association of England handed the Liverpool team their gold medals, while Debbie Hewitt hugged Mohamed Salah in a wonderful scene shared by the pioneers of social networking sites.

After winning the Charity Shield, Mohamed Salah won all championships with Liverpool, where he previously won 6 other titles, namely the 2018-2019 Champions League, the 2019 English Premier League, the European Super Cup, the 2019 Club World Cup, the FA Cup, and the English League The current season is 2021-2022.