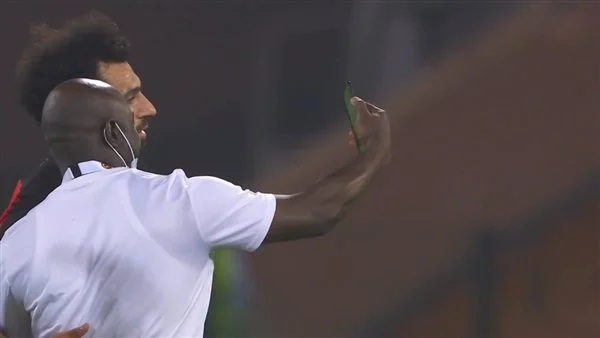 The British newspaper, “Daily Mail”, said today that a funny and embarrassing shot was suffered by the Egyptian star and Liverpool’s top scorer, Mohamed Salah, during his participation in his country’s first match against Nigeria in Group D, in which the “Pharaohs” lost 1-0, after a goal. From the English Leicester star, Inacio.

She said that immediately after the end of the match, and the Nigerians celebrated their victory, one of the assistant coaches of the Nigerian national team, Augustin Egafoen, asked to take a “selfie” with Mohamed Salah, who was frustrated by the loss. Salah did not refuse the request, and put his hand on the shoulder of the Nigerian coach, and some pictures were taken, amid the surprise of many of the followers, according to the newspaper, because the Nigerian coach embarrassed Salah with his request, especially since he was defeated, and did not want to take pictures opposite to the state of disappointment he felt, Especially since he did not provide much in the match, and received a modest evaluation in the match.