Mohamed Salah is the reason .. Liverpool loses, Klopp gets stuck, and the lead is in danger 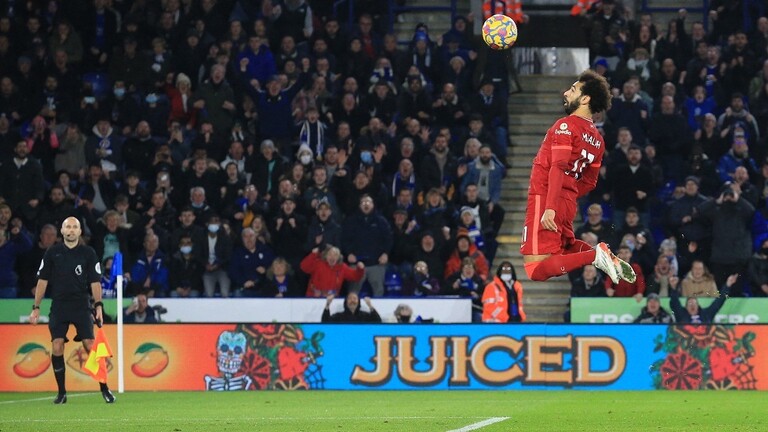 Liverpool lost the opportunity to pursue Manchester City at the top of the English Premier League after the team suffered a loss against Leicester City in the 20th round of the championship with a goal for nothing, despite the Reds receiving a penalty that was enough to change the course of the match, but Mohamed Salah ensured that it was strangely lost to be one of the main reasons for the match. The team suffered a second loss, in addition to the general condition in which the team appeared.

Liverpool got a penalty kick in the 15th minute after Mohamed Salah was fouled in the opponent’s penalty area, and the Egyptian star advanced to implement the penalty, but Leicester goalkeeper Kasper Schmeichel, the Danish goalkeeper, countered it brilliantly to bounce from him towards Salah, who rose and sent it with his head again towards the empty goal, but the ball She hit the crossbar before the defense pushed her away.

Team coach Jurgen Klopp commented on the missed penalty in comments published by the “Liverpool Echo” network: “Mohamed Salah usually has a reaction in those situations (scoring from penalty kicks), but tonight he did not, the team also (usually better). than it was in the match).

It is noteworthy that Mohamed Salah is the top scorer in the English Premier League with 15 goals, 5 goals ahead of his closest pursuer, his Portuguese colleague in the “Reds” Diogo Jota, while Leicester City’s top scorer Jimmy Vardy is in third place with 9 goals.

The match ended in favor of Leicester City, with a goal scored by Ademola Lookman in the 59th minute of the match, and Manchester City moved away in the lead by 6 points, which will certainly be in favor of the leaders and put pressure on the rival teams.