Mohamed Salah, Messi and Ronaldo compete for an international award in Dubai 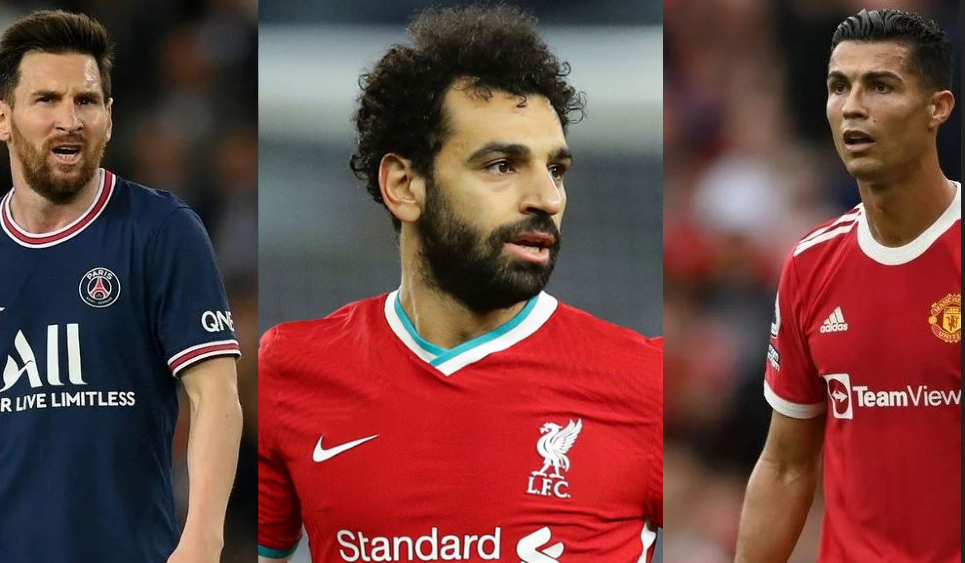 Al Wasl Dome in the heart of Expo 2020 Dubai will host the 12th edition of the Dubai Globe Soccer Awards on the evening of December 27, in the presence of a group of international football stars, guests of the Dubai International Sports Conference and the Dubai Globe Soccer Awards ceremony, and the winners of the 12th edition of this prestigious international award. The new version will include
14 categories, including the first prize for the best women’s team of the year, and with it the award for the best player of the year, which highlights the steady growth of professional women’s football.

The biggest excitement will be in the most awaited categories, which is the best player in the world, with the names of candidates that Dubai celebrated in the past, and they are Cristiano Ronaldo, Lionel Messi, Mohamed Salah, as well as Robert Lewandowski, Kylian Mbappe and Neymar Jr. The conflict will rage between Messi, Salah and Ronaldo, as Salah is the most brilliant player in the previous period, having scored 17 goals in 17 games with his Liverpool team in all competitions.

Among the nominees for the awards are title winners in Europe and South America this year, such as Italy, Argentina and Chelsea, along with winners of domestic leagues such as Manchester City, Atletico Madrid, Bayern Munich, Inter Milan and French Lille.

In the Coach of the Year category, 14 names were nominated, including the coaches of the European Championship final, Roberto Mancini of the Azzurri national team and Gareth Southgate, coach of the England national team, in addition to the names of other coaches of equal brilliance, namely, Thomas Tuchel and Pep Guardiola. With them is Lionel Scaloni, who won the Copa America in South America with the Argentina national team.

Fifteen nominees are vying for the Club of the Year award as European football sees aristocratic representation with nine nominees from England, Spain, Germany, Italy and France. The Secretary-General of the Dubai Sports Council, Saeed Hareb, said in a press statement: The scene on the evening of December 27 will be dazzling and full of international football stars in the most famous Dome of Stars, Al Wasl Dome in the heart of the Dubai Expo, and we are pleased that this event that combines the stars session in the Dubai Sports Conference The International Conference and the distribution of the prestigious Dubai Globe Soccer Awards is the final scene of the year 2021, which was celebrated with major global football events for the most famous sport in the world.”

And just like last year, football fans around the world will have the opportunity to choose the top 5 finalists from among the first names in each category through an audience vote at vote.globesoccer.com. The winners will be chosen by the public and an international jury of sports coaches, managers and club presidents. Dubai – UAE today