Mohamed Salah vows and provokes Real with a new message .. And the Madrid star responds to him 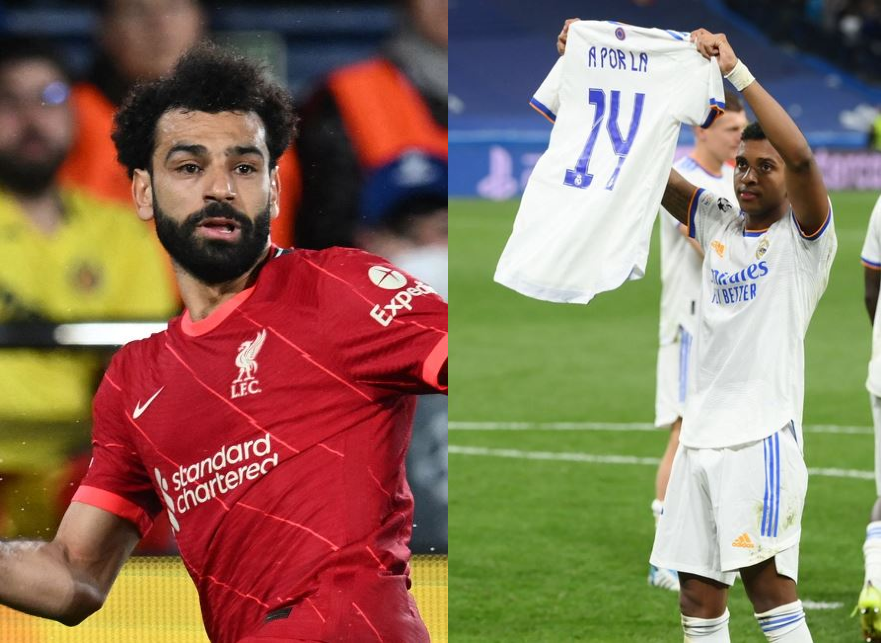 Real Madrid played one of its most beautiful matches in the Champions League yesterday, and it may be the most beautiful ever in all the competition this season, after eliminating Man City from the semi-final second leg at the Santiago Bernabeu in just six minutes, after he was required to score two goals. To secure qualification.
After the Real Madrid won 3-1, and with the result of the two matches 6-5, Egyptian Liverpool star Mohamed Salah returned to provoking Real Madrid again, through a tweet on his account on “Twitter”, in which the Real promised to pay the debt to him during the expected final match in Paris, this 28th.

Salah said: We have a debt to pay back. This came just one day after his statement that he wanted to face Real Madrid in the final, not Man City, because City is a difficult opponent and knows him, while Real is motivated to confront and win against him, and that he wants to be crowned a European champion at the expense of Real.

Salah has very bad memories when he played in the 2018 final and Liverpool lost 1-3 from Real Madrid, and Salah left that match in the first half with a shoulder injury after a strong intervention from Real defender and former captain Sergio Ramos, then Salah paid the price for that injury with a lackluster appearance in the World Cup. Russia 2018.

On the other hand, the response was “implicit” to Salah through the star of yesterday’s match, Brazilian Rodrigo, who scored two goals from the Real Madrid trio, who immediately after qualifying carried the Real Madrid shirt and had the number “14” on his back, indicating that Real Madrid would not stop him before seizing The 14th title in the continental competition, which he controls with 13 titles, compared to only six titles for Liverpool.

It is noteworthy that City had won the first leg 4-3, and in the second leg, Riyad Mahrez scored the goal to enhance the result to become a total (5-3), and Real must score two goals for a draw, and three to qualify, which he achieved in six minutes, as in the 90th minute he scored Rodrygo scored the first goal, then boosted the second in the 91st minute, before Benzema scored the winning goal from a penalty kick in the sixth minute of the first extra time.