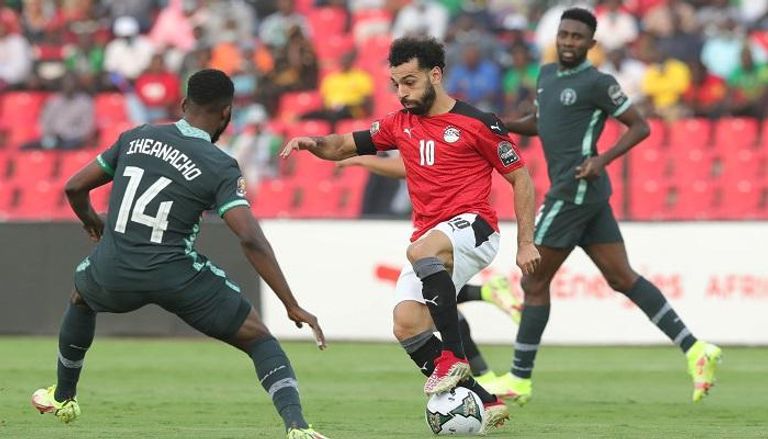 The captain of the Egyptian national team and top scorer for Liverpool and the English Premier League, Mohamed Salah, was keen to appear after the loss against Nigeria at the beginning of the Pharaohs’ journey in the African Championship.

Mohamed Salah was severely attacked after the loss from the Nigerian team in the first appearance of the Pharaohs in the African Championship led by Mohamed Salah, while there were those who understood the technical error committed by Portuguese coach Queiroz, relying on Mohamed Salah in the position of the frank striker, and he had not played in it before.

And Mohamed Salah published a photo of him with Al-Ahly player Akram Tawfiq, through the “Al Astori” feature on the Instagram account, and nothing was written on it, but rather he made suggestions that indicate his wishes for recovery to the player with a reference to the player’s name and account on Instagram.

Akram Tawfik had been injured in the Nigeria match and was injured after less than 20 minutes, and the player then announced, through his account on Twitter, that he had been cut in the cruciate ligament, which means his absence from the Egyptian team and Al-Ahly club until the end of the current season.

The Egyptian public waited for Mohamed Salah to come out to apologize for the result of the first match and the loss at the beginning of the tournament, but he has not done so so far.