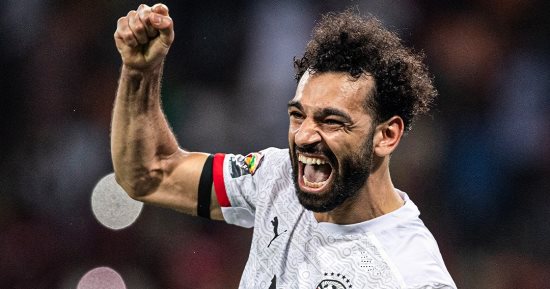 The presence of the legendary Egyptian star Mohamed Salah, the top scorer of the Liverpool team, in a new meeting, in which he answered the secret of his success and the most important thing he is doing in order to maintain his brilliance, in an interview on the “YouTube” platform, where the player answered the questions of a number of world-known stars, including Michael Owen The legend of Liverpool, to reveal the player the secret of his success.

Mohamed Salah suffers from the beginning of the current season with his English team, where he scored only two goals, and is far from the scorers’ struggle.

Mohamed Salah appeared in front of him with a tablet, and answered the questions of 6 people, they are Moeen Ali, cricketer, Michael Owen, the legend of Liverpool, and the South African rugby player, Sia Kolsi; Hollande, one of the analysts in the Premier League, died, along with former English player Peter Crouch, and Ian Wright, the former Arsenal star.

The most prominent question was asked to Mohamed Salah about, how to deal with expectations and great pressures, whether in Liverpool or Egypt?”, and Mohamed Salah’s response was: “I am here in Liverpool because the first team and the fans want to own everything, I am just trying to relax and play football and this is what I like him a lot, when I look at the situation from the outside, I think a lot of people would like to be in my place, so I really try to play football and have fun and know what I really want to achieve.”

And about the way he relaxes and his wife’s view of him: “I try to relax and do what I want. When I want to relax, I go somewhere and don’t see people and stay in the garden without talking to anyone, and my wife says I’m crazy. When I want to relax, I’m alone. I don’t talk to anyone nor I take my mobile phone with me, this is something that clears my mind and gets rid of negative thoughts.”

Michael Owen asked a question to Mohamed Salah, in which he said: “What motivates you to break records?”

Salah replied: “I can’t wait to break the next record, I know all the records for sure, I won’t lie about it, but I’m just trying to make the team win the match, I don’t just play for records, my goal is for my team to win the Premier League and my league Europe champions”.

While Peter Crouch directed him, on whether he thought he would be a legend in Liverpool after his contract renewal, our Egyptian star said: “I think the thing I can really achieve, in Liverpool is to win the Premier League again and the Champions League title as well, that is The main target for everyone here, we would really like to win them, if I can be a legend here or not, I will leave it to the people who think about it.”