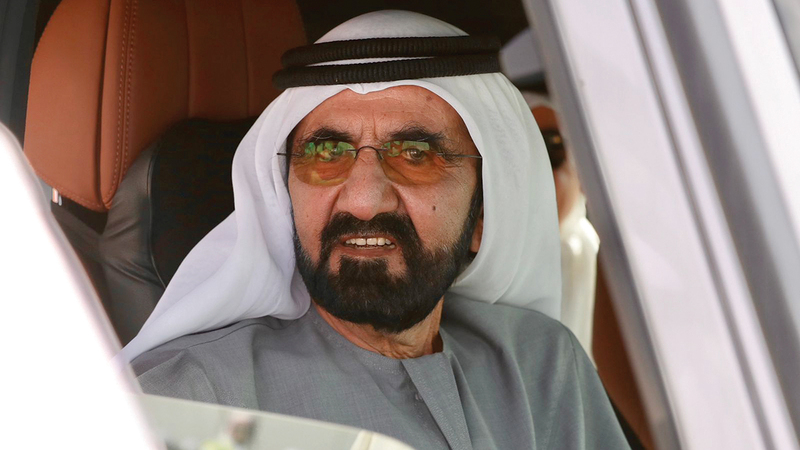 Yesterday, His Highness Sheikh Mohammed bin Rashid Al Maktoum, Vice President, Prime Minister and Ruler of Dubai, witnessed the competitions of the sixth day of the Dubai Crown Prince Camel Festival 2023, in Al Marmoum Square, as His Highness followed the challenges of broadcasting the camel of Their Highnesses Sheikhs, which was held over 13 years. A six-kilometer run, and Sheikh Maktoum bin Hamdan bin Rashid Al Maktoum, owner of the Zabeel Camel Foundation, followed the races.

The presidency camel excelled in the third half of broadcasting Al-Bakkar when Salem Saeed Al-Muhairi presented “Al-Shahiniya” to the top with a time of 9:03:8 minutes. A time of 9:06:7 minutes, while the best timing was achieved through the tenth inning of Al-Jaadan broadcast by “Shaheen” by Lahjen Zabeel led by Rashid Muhammad Murooshid, who recorded a time of 8:57:0 minutes.

The “Shahiniya” for the presidential camel won the title of the main round of broadcasting Al-Bakkar under the leadership of Muhammad Zaytoun Al-Muhairi, with a time of 9:04:9 minutes, which was the best time in the morning period.

And “Al-Mijhar”, led by Faran Muhammad Qurei Al-Marri, gave Hajn Al-Shahaniya the lead in the head of the Al-Jaadan broadcast, at a time of 9:11:0 minutes. : 10:1 minutes, while Al-Mantoub granted Hajn Al-Shahaniya its second victory after it ascended the summit of Al-Jaadan broadcast in the fourth half under the leadership of Al-Mutamtar Jarallah Aqil Al-Marri, with a time of 9:14:5 minutes.

The Executive Director of the Dubai Camel Racing Club, Ali Saeed bin Suroud, confirmed that the honor of His Highness Sheikh Mohammed bin Rashid Al Maktoum, Vice President and Prime Minister of the UAE and Ruler of Dubai, and his follow-up to the Dubai Crown Prince Camel Festival, warmed the hearts, with his auspicious introduction, which confirms the strength of cohesion. Between our wise leadership and the people.

Bin Suroud added, “Without a doubt, the moments were happy and spread enthusiasm in the hearts of everyone, and added an exceptional color to the Dubai Crown Prince Festival, which enjoys a special place among camel people.”