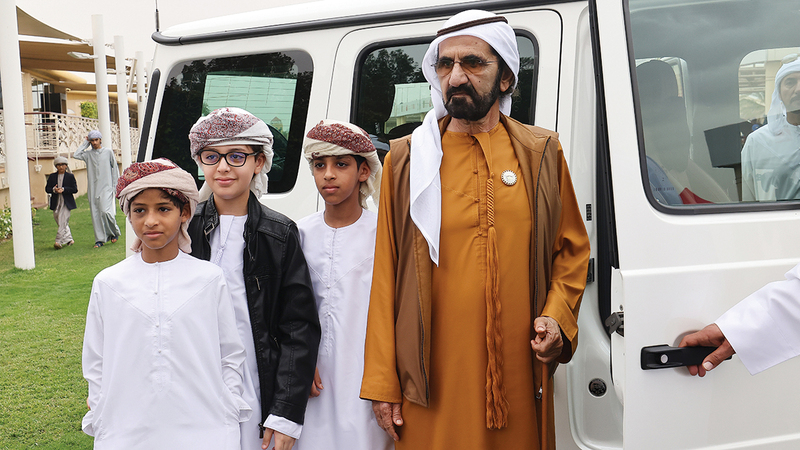 Yesterday, His Highness Sheikh Mohammed bin Rashid Al Maktoum, Vice President, Prime Minister and Ruler of Dubai, witnessed the 15th edition of the Dubai Crown Prince’s Endurance Cup for a distance of 119 km, sponsored by Emirates Airlines, which was held in the Dubai International Endurance City in Seih al-Salam, with the participation of 167 male and female horsemen from various stables and equestrian clubs in the country.

His Highness continued the victory of “F3 Stables”, owned by His Highness Sheikh Hamdan bin Mohammed bin Rashid Al Maktoum, Crown Prince of Dubai and Chairman of the Executive Council, with the title, after the knight Mansour Khamis Al-Shadi won first place on horseback “Sheila”, although he came in 12th place. In the first stage, before advancing to 10th place in the second stage, then he continued his progress by reaching fifth place in the third stage, before jumping to the lead in the fourth stage.

stages of the race

The first stage, for a distance of 40 km, saw the rider, Salem Muhammad Al Ketbi, riding the horse “Wilomere Encore”, owned by “M7 Stables”, recording a time of 1:21:13 hours, and the rider Saeed Ahmed Al Shamsi came in second place on horseback “Duka”. De Luc”, owned by “M7 Stables”, with a time of 1:21:33 hours, then in third place was the knight behind Ahmed Al-Ghaith on horseback “Portugualis”, owned by “TNT Stables”, recording 1:21. :35 hours.

And the excitement continued in the second stage for a distance of 32 km, after the rider, Saeed Ahmed Al Shamsi, advanced from second to first place, recording 1:04:36 hours, and Uruguayan knight Brian Angelo advanced from fifth to second place on horseback “Romero” owned by “M7 Stables”. » With a time of 1:04:38 hours, while the leader of the first stage, the knight Salem Muhammad Al Ketbi, fell to third place with a time of 1:05:13 hours.

The rider, Saeed Ahmed Al Shamsi, maintained the lead in the third stage for a distance of 27 kilometers, after achieving a time of 59:57 minutes. He came from fifth place on horseback, “Iman Di Lorico”, owned by “F3 Stables”, recording 59:39 minutes.

• 167 male and female riders participated in the main race, yesterday, for the 15th edition, which was held in Dubai International Endurance City, for a distance of 119 km.