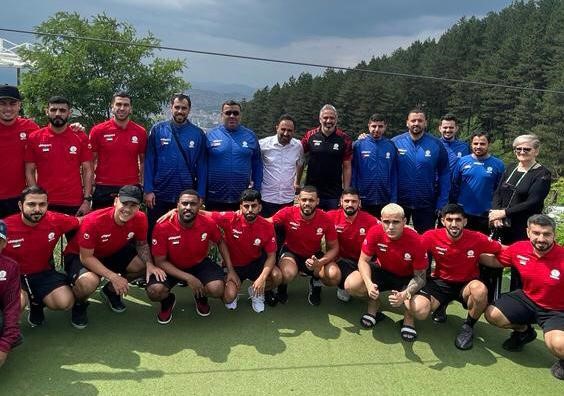 Al-Bataeh Futsal Team continues its training camp in Bosnia and Herzegovina in preparation for the new football season, which will start on the 21st of this month with the Federation Cup. Sheikh Mohammed bin Saqr Al Qasimi, Honorary President of Ras Al Khaimah Club, hosted the team’s delegation at his residence in the Bosnian capital, Sarajevo.

Sheikh Mohammed bin Saqr Al Qasimi praised the qualitative leap for futsal in the UAE and the achievements of the Al Bataeh team, wishing them more success in the future.

In turn, the technical director of the team, Adnan Al-Holi, told “Emirates Today”: We thanked Sheikh Mohammed bin Saqr Al Qasimi for the team’s hospitality and the sports advice he gave us. The players expressed their happiness with this, and we appreciate this initiative, which will enhance the preparations for the next season in the best way.