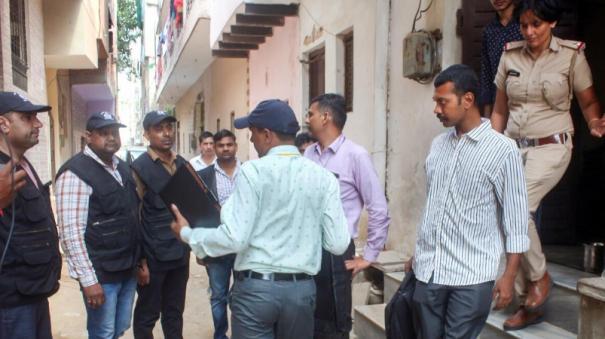 Kolkata: On October 9, a clash broke out between two communities in Mominpur, West Bengal. Many houses were ransacked in Mayurpanj area. Cars were set on fire.

The victims approached the Calcutta High Court, alleging that the state police department had taken no action in the anti-Hindu riots. They also demanded an order to send central paramilitary force to maintain peace in the riot area.

After hearing this, the High Court ordered the State Police to set up a Special Investigation Team to investigate the riot case. It further ordered the central government to decide whether the case should be investigated by the NIA, taking into account the seriousness of the crime and other factors.

Subsequently, the NIA took over the case on the orders of the Ministry of Home Affairs. The NIA had re-registered the case in October last year and started the investigation.

In this case, NIA officials conducted raids at 17 places in West Bengal yesterday in connection with this case. The raids were conducted at the homes and offices of the suspects.