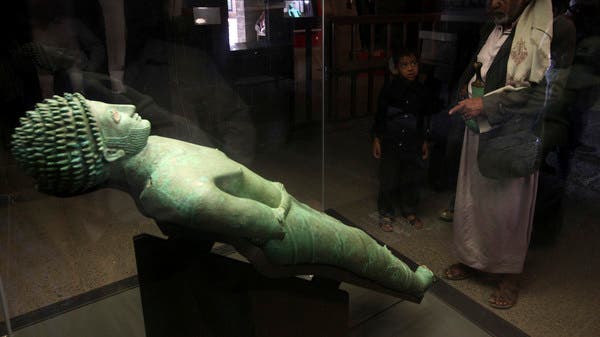 The Yemeni government said today, Thursday, that it is studying all options to recover hundreds of artifacts smuggled from the country mired in war for eight years, after some of them were spotted for sale in commercial auctions in Europe.

The Yemeni Ministry of Foreign Affairs called on European countries to ban the sale of these antiquities, and demanded that they be handed over to their competent authorities, as they are Yemeni antiquities that no one has the right to dispose of in any way.

And it stressed that it directed its diplomatic missions to communicate with the foreign ministries in the concerned countries, to take measures to prevent the sale of any Yemeni antiquities in commercial auctions.

She also stressed that these severances are “a right of the Yemeni people that cannot be forfeited or waived.”

Yemeni antiquities have been subjected to looting and smuggling, and their trade has increased significantly since the outbreak of the war that the Houthis ignited in early 2015.

The Yemeni government accuses the Houthi militia of destroying many historical sites under its control and of being involved in smuggling many antiquities to finance its projects.

The mayor of the capital, Sanaa, in the legitimate government, Abdul Ghani Jamil, said earlier that the militias had smuggled and hid more than 14,000 rare Yemeni manuscripts and hundreds of artifacts.

Well-informed Yemeni sources had revealed that the leader of the putschists, Abdul-Malik al-Houthi, had managed to amass a fortune estimated at tens of millions of dollars through organized operations to smuggle Yemeni antiquities under his direct supervision, and the antiquities mafia handled them.