Months of prison sentences for conspiracy theorists: ‘Were going to play for their own judge’ 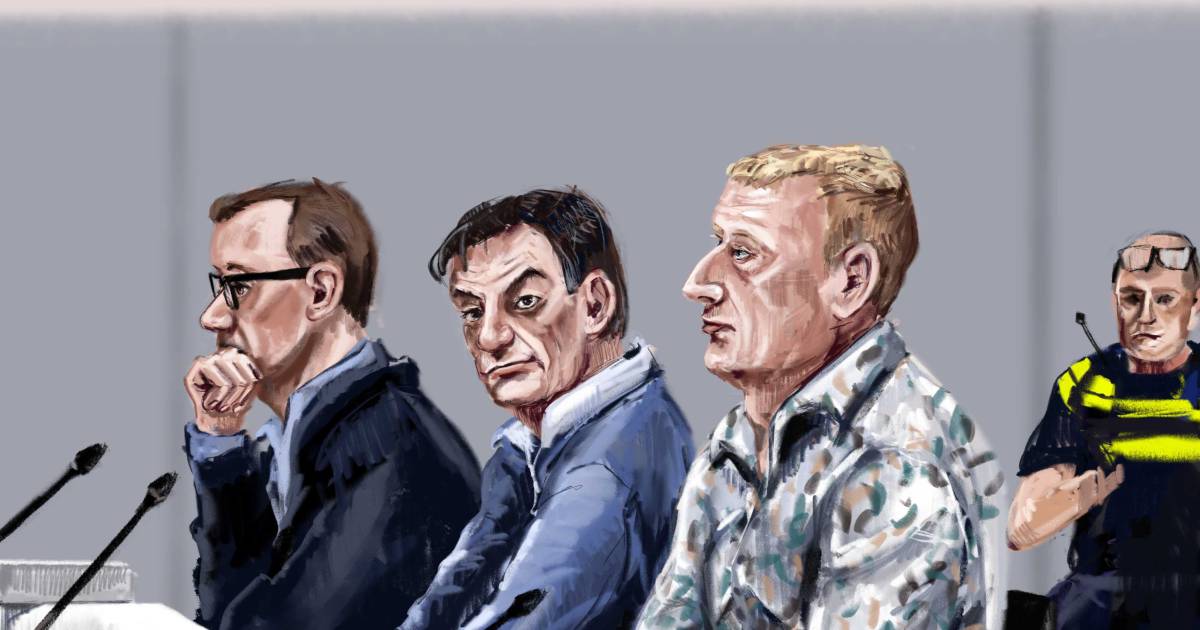 The conspiracy theorists Joost Knevel, Wouter Raatgever and Hans Meijer were sentenced this afternoon to months in prison by the Hague court. The group raged and ranted in online video news about neck shots, executions and tribunals for the ‘sado-pedo elite’

“A stream of concrete and criminal accusations.” This is how the court labeled the group’s rulings. The three were on trial for libel, slander, threat and sedition. Knevel was sentenced to 15 months in prison, 4 of which were suspended. Raatgever received 18 months in prison, 6 of which were conditional. Meijer has to perform a community service of 100 hours. The latter was sentenced to three months in prison, which he has already been in custody. That way he doesn’t have to go back to jail. The judge also banned the men from publishing online about these topics or participating in chat groups.

According to Joost Knevel, who grew up in Bodegraven, one of the suspects, a pedophile network was active in the 1980s that abused young children in a satanic ritual manner. The abuse took place in Bodegraven and Knevel, according to his recently recovered memories, was one of the victims. According to him, the network consisted of a former general practitioner and ‘a man with red hair’.

Several girls and witnesses are said to have been killed after they saw that man. When Knevel saw RIVM boss Van Dissel during a corona press conference, he concluded that he must have been ‘the red man’. The network would now be overseen by ‘the elite, the cabal’ led by Mark Rutte, the conspiracy theorists say.

The story of Knevel was embraced by Wouter Raatgever, Hans Meijer and Micha Kat. They spread the story through various online channels. The group, which was now followed by thousands of people, called for people to travel en masse to Bodegraven and to lay flowers on the graves of alleged victims. Some of the followers actually did this. Other followers, also called ‘soldiers’, also made threats against Van Dissel.

The threats had a major impact. The former general practitioner, who still lives in Bodegraven, was accused of child abuse without evidence. He filed a complaint against the group. Jaap van Dissel, who was filmed by Raatgever while cycling to the hospital in Leiden, had to be secured. During the first day of the session, a RIVM employee read out a statement, in which it was described that Van Dissel ‘could no longer move freely’. Van Dissel has never lived in Bodegraven and denies being involved in the abuse in any way.

The court in The Hague set aside two days for the substantive handling of the criminal case. Micha Kat, the fourth conspiracy theorist, was not yet on trial. He is in a cell in Northern Ireland, where he has been waiting for his extradition to the Netherlands for several months. Last Thursday, on the first day of the hearing, the other three suspects said they had handled the cases incorrectly. They should not have shouted that whoever would give RIVM boss Jaap van Dissel ‘a shot in the neck is a hero’, that Mark Rutte ‘should be driven into the sea’ and that Hugo de Jonge would soon be ‘executed’.

On the second day of the hearing, however, it became clear that Knevel and Raatgever did not deviate from the story that the abuse really took place. “My heart cries that Joost is not heard, believed and investigated,” said Raatgever. Meijer preferred to let the matter rest as soon as possible. “I’m tired of talking about myself. It keeps me busy every day.”