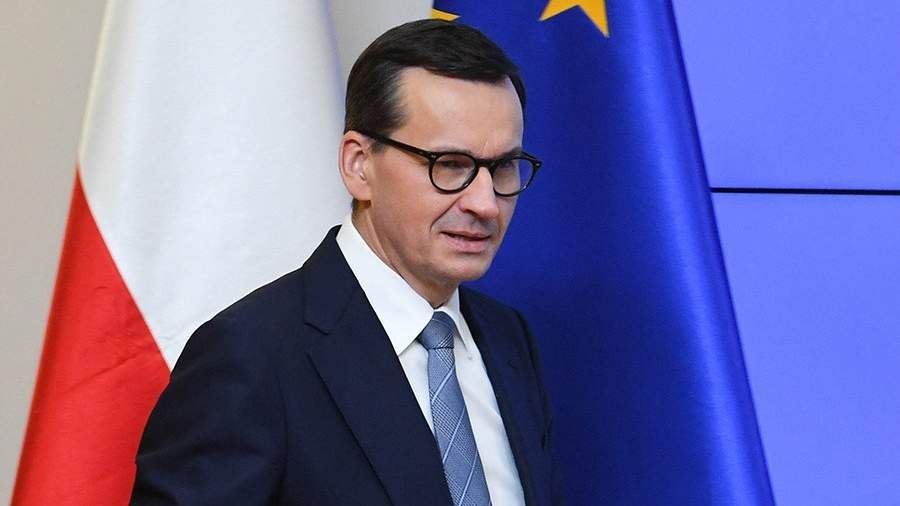 The Poles ridiculed the country’s Prime Minister Mateusz Morawiecki for his reaction to the honoring by Ukrainians of the nationalist leader Stepan Bandera. They expressed their opinion on January 2 in comments to the publication of Gazeta.pl.

The user niktalboktos noted that the prime minister should be more careful with criticism of Bandera.

“If the Ukrainians get angry, we can get another grenade launcher “as a gift”, or something will fall somewhere near the border. You have to be careful,” he wrote.

In addition, Gazeta.pl readers recalled that Warsaw was well aware of Kyiv’s attitude towards nationalism, but still supplied him with weapons and money.

“Recently, an enemy of Poland, a certain (ex-Ambassador of Ukraine to Germany Andrei) Melnik, who praised Bandera, was appointed Zelensky Deputy Foreign Minister. Let me thank you for this with even more help,” added alejagwiazd.

A user with the nickname gapcio2010 agreed with him. He stressed that this exaggerated love for Ukraine will go sideways to Poland faster than everyone thinks.

“They won’t erase their “hero” from memory, let’s not have any illusions. We should be more attentive to these alliances with Ukraine,” advised armagedon888.

Earlier that day, Morawiecki said that at the first meeting he would remind his Ukrainian counterpart Denys Shmyhal of the inadmissibility of glorifying Ukrainian nationalist leader Stepan Bandera.

Bandera is one of the ideologists of Ukrainian nationalism. During the Great Patriotic War, he collaborated with Nazi Germany, until 1959 he headed the Organization of Ukrainian Nationalists (OUN, banned in the Russian Federation). In recent years, Nazi propaganda in Ukraine has reached the state level.

Warsaw considers Bandera, in particular, the ideologist of the events of 1943, which are called the Volyn massacre. Then the Ukrainian nationalists simultaneously attacked about 150 Polish villages, from 100 thousand to 130 thousand people died.