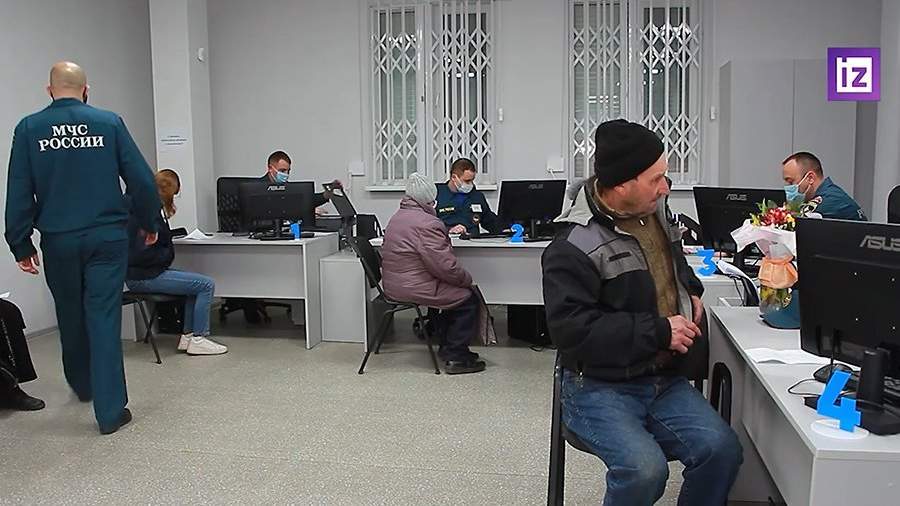 More than 7,000 residents of the liberated territories of Ukraine received lump-sum payments in the amount of 10 thousand rubles from Russia, the press service of the Russian Emergencies Ministry reported on Sunday, May 1.

It is noted that during the month of operation of the points, 7,400 applications for financial assistance were accepted.

“Issue points, organized in accordance with the decision of the Government of the Russian Federation, work daily, including weekends”, — said in the department.

Payments are due to pensioners, public sector employees and elderly citizens. It is clarified that employees of the ministry go to the homes of people with limited mobility to complete the necessary documents.

On April 30, it became known that Russian President Vladimir Putin signed a decree on a one-time payment of 10,000 rubles for Victory Day to veterans of the Great Patriotic War living in the Donbass and the liberated territories of Ukraine.

Also on April 22, it was reported that 6,500 applications were received for three weeks of operation of points for issuing lump-sum payments for residents of the liberated Ukrainian territories.

On March 24, the EMERCOM of Russia announced the organization of points for issuing lump-sum payments in the amount of 10 thousand rubles to pensioners and state employees in the liberated territories of Ukraine.

The situation in Donbass escalated significantly in mid-February due to shelling by the Ukrainian military. The authorities of the Donetsk and Luhansk People’s Republics announced the evacuation of residents to the Russian Federation, and also turned to Moscow for help. On February 21, Putin signed a decree recognizing the independence of the DPR and LPR and promised to support the republics.

You can watch more up-to-date videos and details about the situation in Donbass and Ukraine on the Izvestiya TV channel, which is broadcast live on the iz.ru website.