More than a million French people demonstrate against pension plans 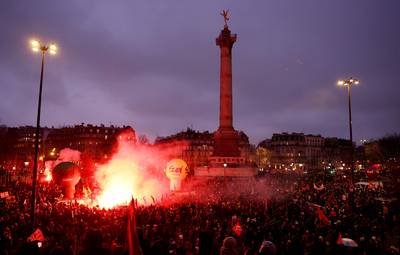 There are widespread protests today in Paris and other French cities against the proposed reforms of the pension system. According to trade union CGT, 400,000 people are on the move in the French capital. Outside Paris, the French government estimates the number of demonstrators at about 1 million, French media report.