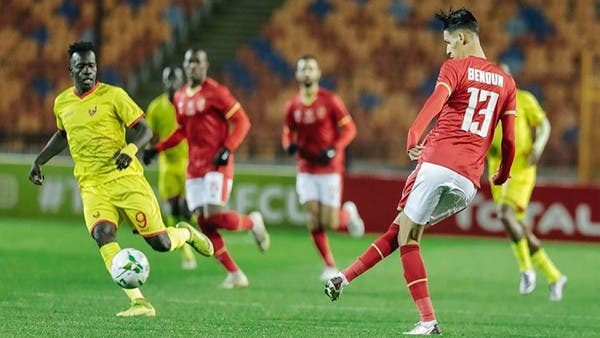 Ahmed Abu Abla, head of the medical staff of Al-Ahly Club, which is in the Egyptian Premier League, confirmed on Wednesday that Moroccan international defender Badr Banoun is close to returning after his health improved.

Bannon has been absent from matches since last January, after suffering from inflammation of the heart muscle after infection with Covid-19.

Abu Abla added to Al-Ahly’s website: Badr Banoon fully recovered from the infections he complained about after being infected with the Corona virus, noting that the player underwent a permanent heart examination for three days, “and the result was very good.”

He continued: Bannon has been undergoing gradual physical training for three weeks, and within a short period he will be in Al-Ahly and will participate in parts of group training with the football team after conducting the necessary tests to ensure that he is able to make an effort for a long time.

And he concluded: The medical condition of Badr Bannon is currently very reassuring, and the medical procedures followed with the player in Morocco are sufficient, and there will be no additional procedures after his presence in Cairo, so it was approved for the player to remain in Morocco as a moral support for him to continue treatment among his family.

Al-Ahly came close to qualifying for the final of the African Champions League for the third season in a row, after its 4-0 victory over its guest ES Setif of Algeria in the first leg of the semi-finals.