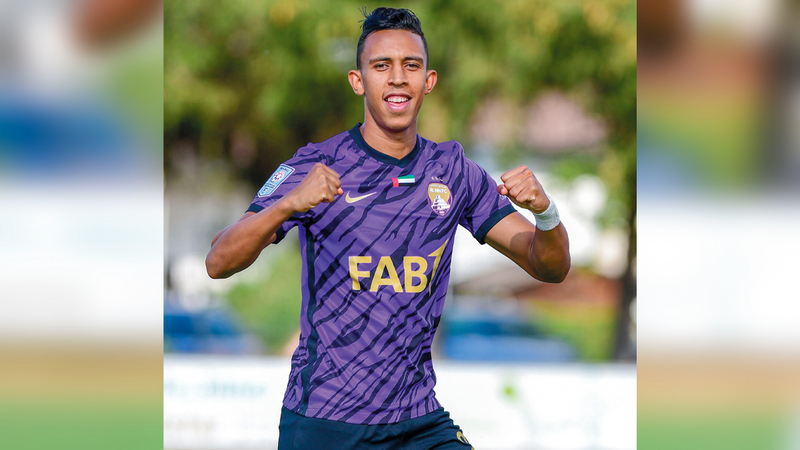 Al-Ain player, Moroccan international Sofiane Rahimi, won the stardom of the first stage of the foreign team camp, which is currently being held in the German city of Bad Gogging, after scoring two out of three goals scored by “Al-Zaeem” during his victory in the two friendly matches against Hankofen Heiling and Groter Fürth belonging to the league. The German fourth division of football, respectively, at a time when the international quintet missed the two meetings because they had an extra rest.

The Moroccan played the role of the spearhead in the first friendly match that took place last Monday against Hankofen Heiling, and the player scored the only goal of the meeting in the 35th minute, while he repeated the same scenario in the meeting that took place the day before yesterday against Grotter Fürth, where he scored his second goal in the 33rd minute. , a goal that boosted his team’s 2-0 lead, but the German team reduced the difference 2-1 in the last minute.

The international player, who joined the ranks of the “leader” at the beginning of last season from Moroccan Raja, joined early in the preparations in Al Ain, unlike other international players, despite his participation with his country’s national team after the end of the season, as the “Atlas Lions” fought three The first was a friendly match against America, while South Africa and Liberia faced each other in the African Nations Cup qualifiers.

Sufian Rahimi’s brilliance during the outside camp gives a good indication of the player’s ability to continue to shine, after his first season, in which he directly contributed to the “leader” winning the ADNOC Professional League and League Cup double by scoring nine goals and making nine others in 29 games.

Attention will be directed to the player during the second phase of the camp, which the team will start next Sunday in the Austrian city of Geinberg, to continue in light of a competition that is expected to be fierce, especially with the participation of international players in the six friendly confrontations that the “leader” will play, including the Kuwaiti-Kuwaiti and Al-Fayha matches. Saudi.

On the other hand, the team resumed its daily training until it was scheduled to fly to Austria on Sunday, and the friendly match that it played the day before yesterday against Grotter Fürth saw the team’s coach, Ukrainian Sergei Rebrov, the opportunity to participate for all the players on the list.