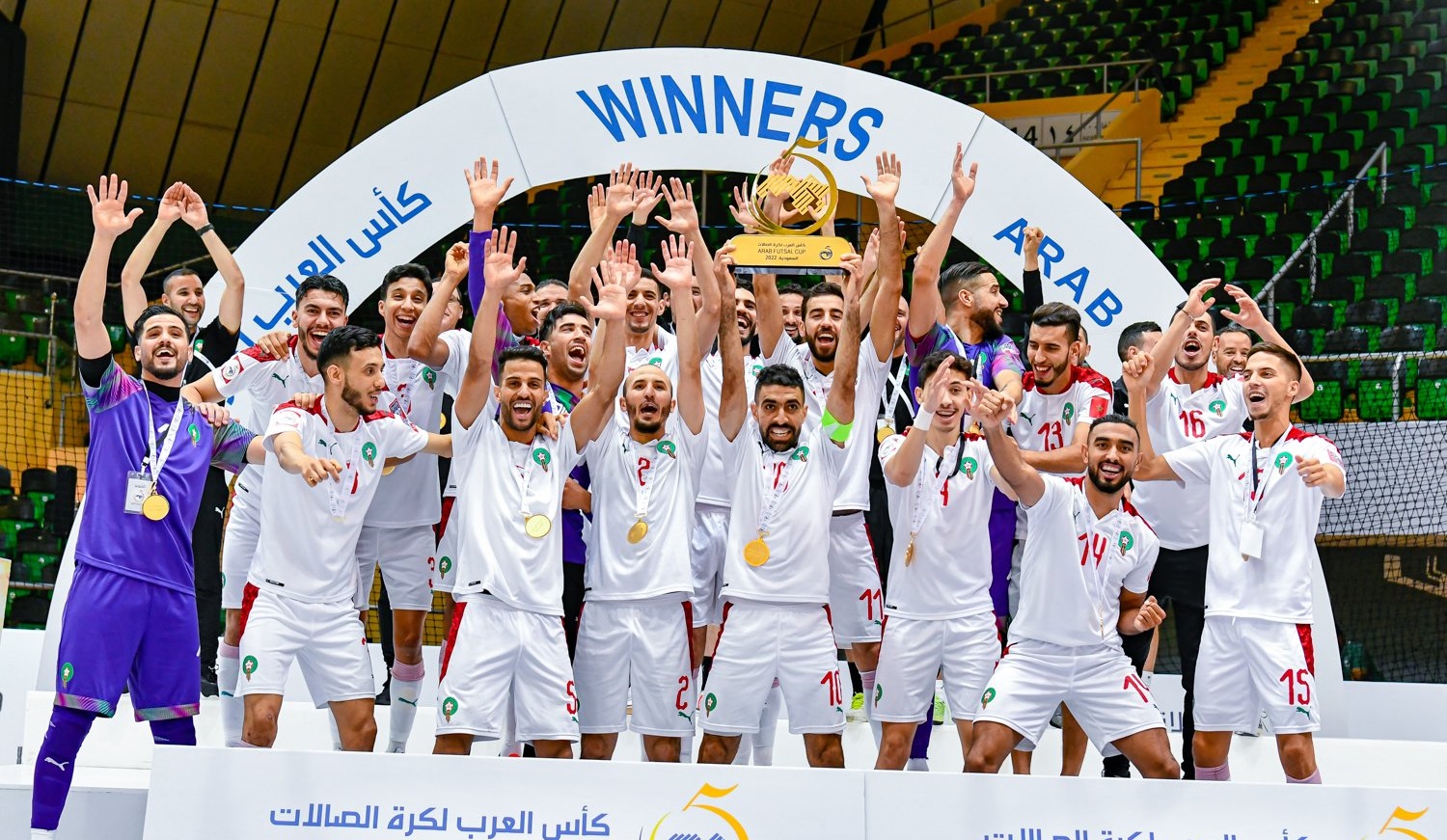 The Moroccan national team was crowned champion of the Arab Cup in futsal after beating its Iraqi counterpart by three clean goals in the final match held in Dammam, Saudi Arabia. The coronation was attended by Deputy Sports Minister Badr Abdel Rahman Al-Qadi and the ambassadors of Morocco and Iraq in the Kingdom of Saudi Arabia.