Mortada Mansour’s latest decisions… Write off any member of Zamalek who encourages Al-Ahly! 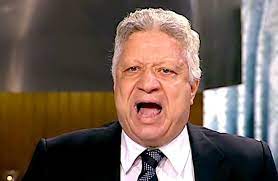 The president of Zamalek Club decided to write off any member of the General Assembly who showed any encouragement to Al-Ahly Club through his personal accounts on social media.
And the Egyptian 24 website said that Mortada Mansour told the members of the General Assembly that any member who would encourage Al-Ahly or put his logo through his account on “WhatsApp” will be deleted immediately without being even subject to investigation.
He added: “A member of the general assembly must show his loyalty to his club and not to the rival club.”
It is reported that Mortada Mansour had previously arrested a member of the General Assembly and expelled her from the club for dyeing her hair red.
That incident sparked widespread controversy in Egypt after the expelled member posted a video on her Facebook account in which she appealed to a number of officials, to protect her from the president of Zamalek Club and to return the membership card to her and her husband after they were withdrawn by the security director who accused him of assaulting her and her husband.
She explained that Mortada Mansour withdrew her membership card for the Zamalek club because of her red hair, accusing him of bullying and assaulting women’s rights.