Moscow: Any attack on Crimea will spark a third world war 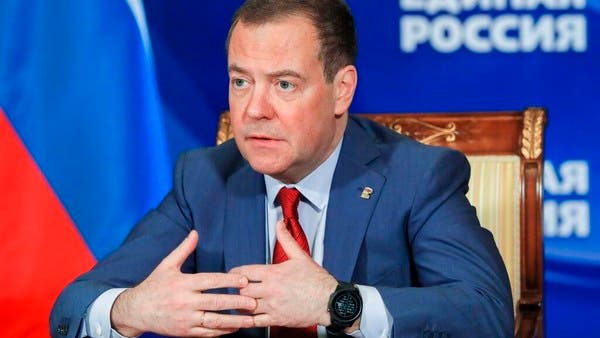 Russia has once again warned of the outbreak of a third world war, in light of the escalation of tension between it and the West, as a result of the military operation it launched on Ukrainian territory about 4 months ago.

Deputy Chairman of the Russian National Security Council Dmitry Medvedev warned that any attempt to attack Crimea, especially by a country in NATO, would be considered a declaration of war against his country.

Medvedev said in an interview with the Russian newspaper “Argumenti e Facty” today, Tuesday, that “any attempt to attack Crimea is a declaration of war, and if a NATO member state did this, it would be a conflict with the entire North Atlantic Treaty Organization, and thus a third world war that would leave a catastrophe.” big.”

As for the issue of Sweden and Finland joining the defense alliance, he believed that even without these two countries, NATO is close to the Russian borders.

The nuclear status of the Baltics

However, he made it clear at the same time that Russia would take counter steps, as Helsinki and Stockholm actually joined the Atlantic, adding that “the expansion of the alliance in this case will lead to more than double the distance of its land borders with Russia, which must strengthen the borders.”

“The non-nuclear status of the Baltic Sea will become a thing of the past, and the concentration of land and naval forces in the northern directions will increase dangerously,” he added.

It is noteworthy that Finland and Sweden had applied last May to join NATO, which angered Moscow.

This expansion infuriates Russia, which has repeatedly declared its rejection of the extension of the alliance, which it considers the spearhead against it in the conflict that has been going on since February 24 with the West, as a result of the Russian operation on Ukrainian soil. Especially since Finland’s accession will expand the common border between NATO and Russian territory from about 440 miles (708 km) to more than 1,200 (1,931 km).