Moscow brings troops to the south of Severodonetsk.. and Kiev bombs a Russian ship in the Black Sea 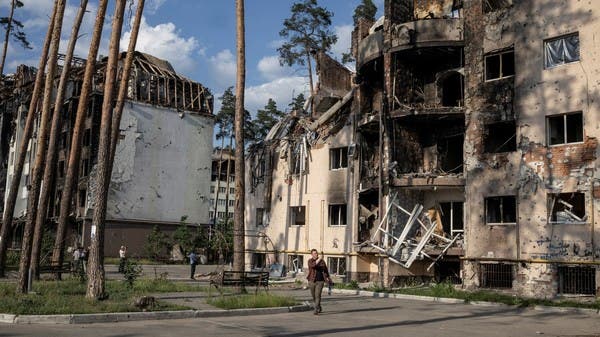 Today, Friday, the Russian army continues to strike the positions of Ukrainian forces and military infrastructure, and to complete the liberation of the Donbass lands in southeastern Ukraine, as part of its military operation launched about 4 months ago, while Kyiv continues to receive material support and military equipment from Western powers.

In the latest developments, the British Ministry of Defense said that Russia is bringing troops to southern Severodonetsk to seal it, and Russian forces are trying to regain control of the Ukrainian region of Popasna.

The governor of Odessa said that Ukrainian forces bombed a Russian warship with missiles in the Black Sea.

Before that, the Chief of Staff of the British Armed Forces, Admiral Tony Radakin, considered that Russia had “actually lost” its war in Ukraine “strategically” and would “never take control” of the country.

“President Putin used 25% of his army’s strength to achieve small gains on the ground,” Radakin said, in comments reported by the British agency “PA”, on Friday.

He added, “Any claim that this is a success for Russia makes no sense. Russia is losing. It may achieve some tactical successes in the coming weeks, but Russia has already lost strategically.”

He stressed that “NATO is stronger,” referring in this context to Finland and Sweden’s efforts to join it. According to Radakin, Russia “will never control Ukraine.”

About four months into the Russian operation, he said, the Russian army will “soon” lack men and “advanced missiles”.

These statements come at a time when Kyiv forces are facing difficulties in Donbass (eastern Ukraine), while Ukraine constantly demands “more heavy weapons” from its allies.

And London announced, on Wednesday, that it would deliver Kyiv in the form of “imminent” multiple guided missile launchers called the GMLRS.

Contrary to what some Ukrainian officials have stated, the allies are providing Ukraine with more than it requested, as the US Joint Chiefs of Staff Chairman Mike Milley recently explained.

On Thursday, Deputy Defense Minister of Ukraine Hana Maliar said that Russia’s strategic goal of the war in Ukraine is the complete destruction of the Ukrainian state and the Ukrainian nation.

She said in a press briefing that the situation is still difficult for the Ukrainian forces, and that Moscow’s main focus now is to achieve full control of the regions of Lugansk and Donetsk in eastern Ukraine.