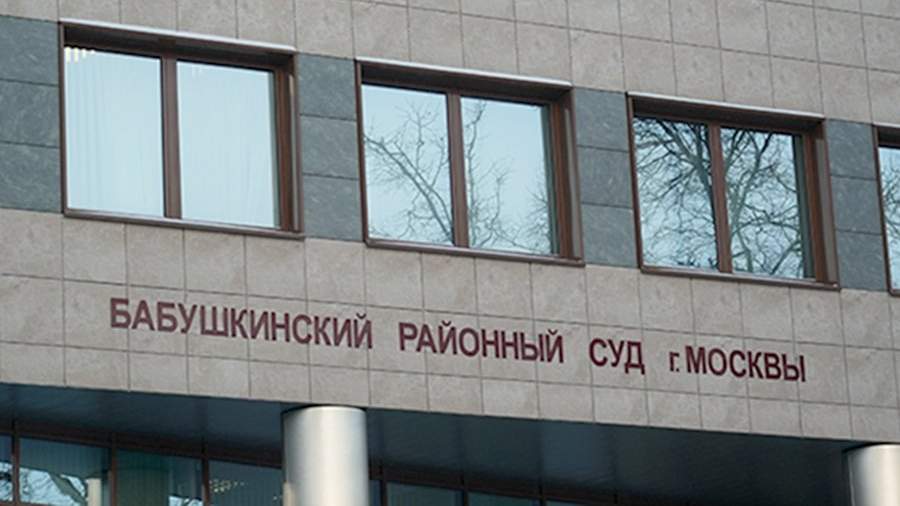 The Babushkinsky Court of Moscow arrested a 16-year-old resident of the capital. She is accused of killing her great-grandfather in an apartment in Sviblovo, the press service of the Moscow prosecutor’s office reported on September 3.

“The Babushkinsky District Court, taking into account the position of the prosecutor’s office, chose a preventive measure in the form of detention for a period up to November 1, 2022 in relation to the 16-year-old accused. The juvenile was charged with committing a crime under Part 1 of Art. 105 of the Criminal Code of the Russian Federation (murder), ”the ministry said in a statement.

According to the investigation, on the evening of August 31, a girl, due to a quarrel with her 85-year-old relative, inflicted 9 chopped wounds to his head with a frying pan, and later at least 17 more stab wounds to the body area. The pensioner died at the scene from his injuries.

After the defendant realized the death of her great-grandfather, she washed off the blood on the knife and pan, after which she announced to her sister and grandmother that she had found the body of a relative.

According to the press service, the accused pleaded guilty.

The day before, on September 2, the Investigative Committee of the Russian Federation (TFR) reported that a 16-year-old girl suspected of killing her own great-grandfather was detained in Moscow. Law enforcement officers studied the surveillance cameras, questioned witnesses and established the involvement of the granddaughter of the deceased in the murder.