Moscow faces failures in the Donbass.. this is the secret of the disastrous recipe 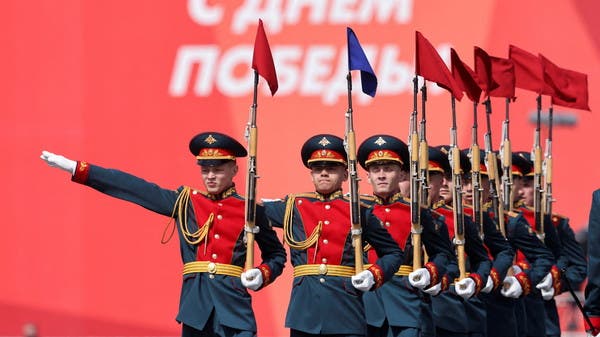 It seems that the second stage of the Russian military operation launched on the Ukrainian territory is not proceeding according to the previously set schedule.

After the Russian army focused its capabilities on eastern Ukraine with the aim of liberating the Donbass region, as he put it, it does not seem to achieve what was expected in this region, which witnessed several years of clashes and unrest, according to what a number of experts said.

In this context, Mark Kansian of the Center for Strategic and International Studies in Washington told AFP, “We were expecting the Russians to launch a Soviet-style attack, but this did not happen,” adding, “They brought in units gradually, step by step.”

He also added: “The result is that the front in the east did not witness any huge movement, but merely intensive Russian air and ballistic strikes, in exchange for localized Ukrainian counter-attacks, but, paradoxically, the Russian forces were forced to retreat in the city of Kharkiv (north) and lost small towns in this border area. It turns out that the Russian army is not the formidable force that the whole world feared.”

Not the Red Army.

In addition, he saw that “this is not the Red Army that was advancing towards victory, leaving its dead behind. It is a small army that must keep its losses in mind,” noting that the Russians “lost many qualified elements” during the first weeks of fierce battles.

Far from the majestic image that the Russian army inherited, many experts contacted by Agence France-Presse describe the foreign operations it has recently been involved in as deceptive, noting that none of Russia’s wars in Georgia in 2008, Crimea in 2014 and Syria in 2015 did not prepare its forces to confront Military resistance at the level of the fighting in Ukraine.

A senior French officer explained the reason for this failure, saying that Moscow had miscalculated the capabilities of the Ukrainian forces, and when the true balance of power appeared on the ground, the Russians found it difficult to deal with the matter.

He added that “the current Russian planning, similar to that of its Soviet predecessor, is based on mathematical calculations that leave only a narrow margin for initiative and dealing with cases that do not conform to plans” on the ground.

Although since the end of March Moscow has concentrated 80% of its forces in the east, compared to 20% before that, and has managed to redeploy a very large number of armored vehicles and adapt some of the tactics of the Ukrainians, however, Alexander Greenberg, an analyst at the Jerusalem Institute for Security The strategy pointed out that many of the weaknesses that were previously noted in the vicinity of Kyiv appear today in the east of the country, including weak intelligence, limited initiative ability, insufficient logistical means, and low morale of the forces in light of a plan that the soldiers do not understand its goal.

He also saw that “each unit is fighting its own war tactically and strategically,” adding, “Even if Putin announces general mobilization, it is difficult to see how he will overcome the obvious organizational problems.”

In addition, some observers do not limit these difficulties to the Russian army alone, but rather assert that they affect the entire Moscow system, noting that Chief of Staff Valery Gerasimón personally went to the front, which reveals a weakness in the delegation of powers.

“The system is so centralized that Putin himself takes practical control over issues that should be the prerogative of professional military personnel,” Ivan Klišić, a researcher at the University of Tartu in Estonia, told AFP.

He also added that “this is a recipe for disaster and a factor that should be taken into account when looking at the poor performance” of Russian forces.

And he considered that “Russia set itself a challenge that it greatly underestimated, and declared a war that it could not win.”

It is noteworthy that Russia had announced last February 24 the launch of a military operation on the lands of its western neighbor, which it described at the time as a blitzkrieg, but the winds on the ground took place contrary to the desires of the Russian ships. It lasts months after.